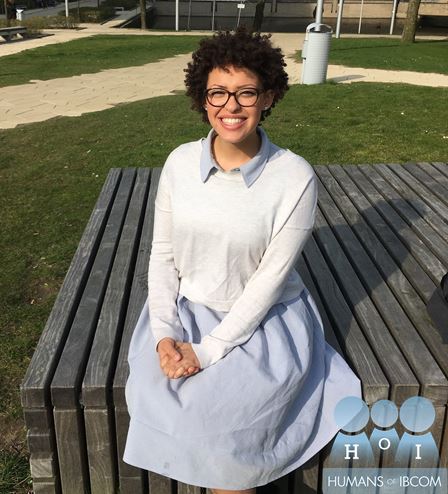 As the first signs of spring began to show, I sat out in the sun and interviewed exchange student and fellow IBCoMmer, Kayla. Fascinated by her constant enthusiasm and open mindedness I witnessed during the classes we had together, I knew she would be a great candidate for this edition of humans of IBCoM! Here is Kayla’s story.

Kayla is a 3rd year exchange student from Washington 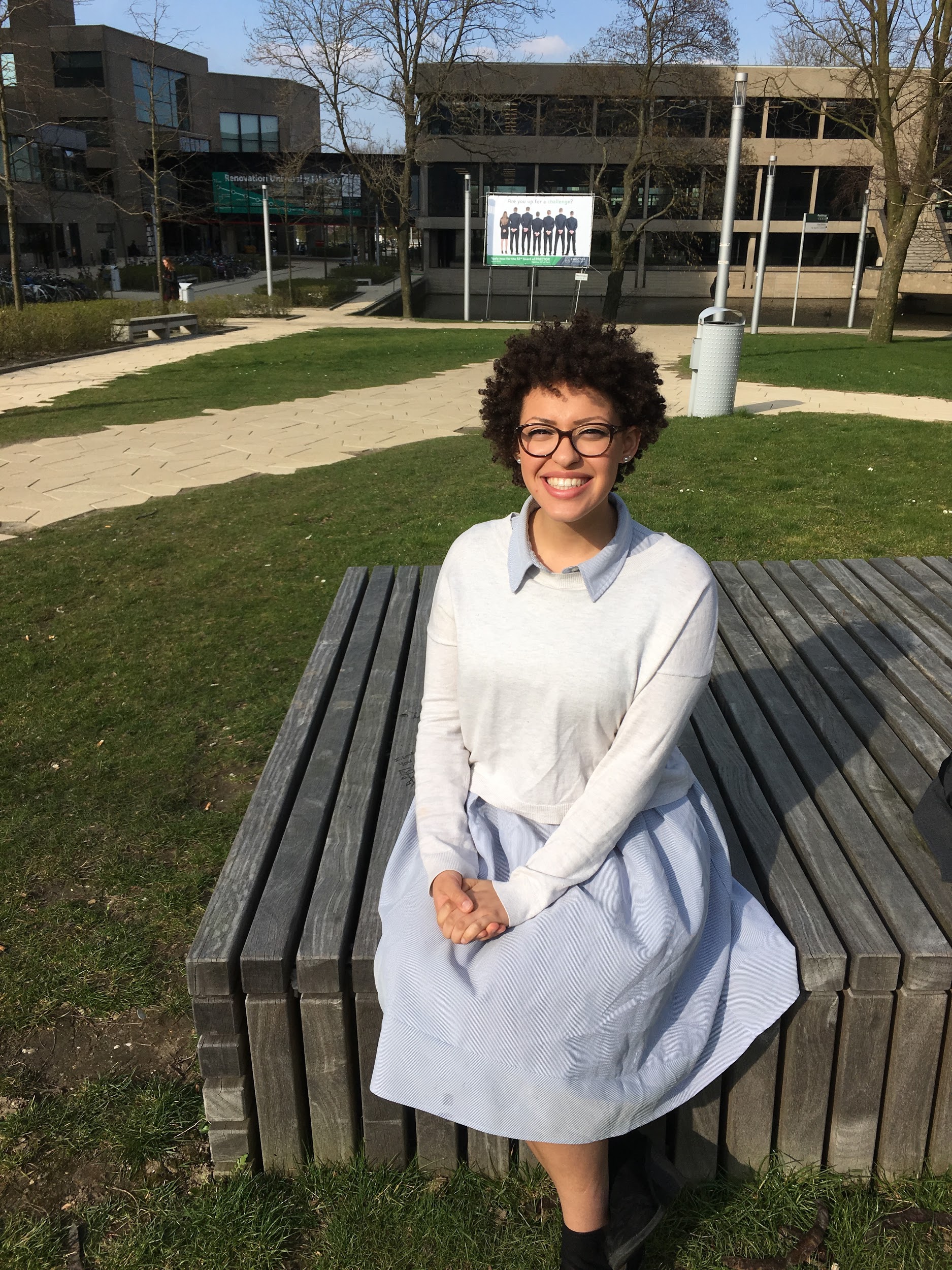 DC in the United States. She decided to leave her home and travel all the way to The Netherlands to obtain international experience, be exposed to a variety of culture, widen her worldview, and avoid the somewhat ethnocentric tendencies some Americans have.

When asking her why she specifically chose Ro
tterdam, Kayla explained “It was on a whim!” In the US, she does a double major in sociology and public relations and she was looking for a University that allowed her to do both courses at the same time. Erasmus University was the only one that offered this possibility, so spontaneously, with no other questions, she packed her bags and left!  “I’m open minded and I really want to be here”, so luckily, from day one she was able to adjust really quickly.

In regards to how she felt about the student life here, Kayla reflected on how people here seem to drink and party a lot more than her friends back in America. Interested by the fact that her experiences were not like the stereotypes of sororities and fraternities that we see in movies and TV shows, I asked her how her student life at home was. Kayla replied: “I’m in a fraternity (both boys and girls combined) and it’s not like the stereotypical frat life. We don’t have random school hosted parties on Tuesday night. We don’t go out during the week actually – we mostly go out on Thursday, Friday, Saturday, while the rest of the nights you’re at home studying.”

Kayla also stated that student life here varies from America regarding student associations: “At home, since most people live on campus, there is more interaction. There are over 350 student organisations there, but here there are a lot less and as an international student, only speaking English, you have to factor out the ones for Dutch students or the ones that are not too long. So, yeah student life has been a little tricky.”

Inquiring more on the difference she experienced here compared to back in the US, there was not too big of a culture shock as Rotterdam and DC are quite similar. The biggest difference Kayla did notice, however, was in regards to the elections: “We recently had our elections and the Dutch did as well. Back home, people were campaigning like CRAZY, my friends and I would go door knocking, there were flyers everywhere, there was so much discussion in all the different student organisations, everyone was hosting different talks about the candidates and their issues. Whereas here, I hardly even knew elections were happening.”

Asking her more about her difficulties, Kayla expressed how she would have periods of feeling lonely as a result of feeling insecure about talking to different people. “I don’t want to assume that they speak English and so I feel this really big barrier even though I know so many people do speak English. At home, there’s a lot of criticism around asking foreigners to speak English and so being here and being a foreigner, I don’t want to impose my language on anybody. I feel bad asking people to switch from Dutch to English!”

Apart from language issues and limited student associations, two of the best things Kayla has experienced so far have been going to a cheese farm: “I went to a cheese farm in Gouda! I love cheese tasting and especially hearing about how cheese is made and the differences between them – I thought that was pretty cool!”

The second thing was, Stukafest! “I went to Stukafest where you apartment hop and listen to different music – it’s the coolest concept! I always wondered what Dutch homes were like and through this I was able to go into people’s homes, it was so nice. You also get to talk to the musicians and get to hear stories that inspire them. It was definitely not an event I would have found back at home.”

Another thing that Kayla thoroughly enjoys is IBCoM! Asking her how she felt about the programme, Kayla said she would 100 percent recommend IBCoM! “I love how the classes are set up in terms, because it allows you to focus more on your classes and delve more into your work compared to home. I also like that there are different types of classes: workshops, seminars, lectures and tutorials, as it’s really effective, more hands-on and interactive. You get to immerse yourself more in what you’re learning than you would in the US. It is more real life oriented.” Kayla also stated: “The IBCoMpanions were really helpful. I asked my IBCoMpanion a million questions before I came here and it made me feel better about arriving.”

To finish off, we talked about life lessons, which could serve as a tip to any of us! Kayla reflected that after almost two months of being an exchange student, the biggest life lesson she has learned is to “be true to who you are and being bold in that, because it is easy to get caught up in your circumstances here. Find other people who you can associate with, but also make sure you interact with other people who don’t value the same things so that you’re not missing out!”

Thank you Kayla for sharing your story!