For this month’s Humans of IBCoM piece, I asked my friend Anne Berendes to take us  along on one of her recent adventures. This time, not an adventure in a far away country, somewhere near the beach or at the back of a camel in Morocco, but just close to home, starting on the waters of Rotterdam. Since January 2021, Anne has been training for the Ringvaart Regatta, a 100 km tour that she and her team members will be rowing on the 4th of June in order to raise money for EpilepsieNL. This Epilepsie Fonds wants to bring the cure of epilepsy closer by funding scientific research on what happens in the brain and possible methods of treatment. In the meantime, the fund ensures that epilepsy becomes a better understood and treatable condition with a better quality of life. In this interview, Anne talks about the reasons behind her decisions to take action while also explaining what has happened from January until now, and what her expectations are for the rowing tour. 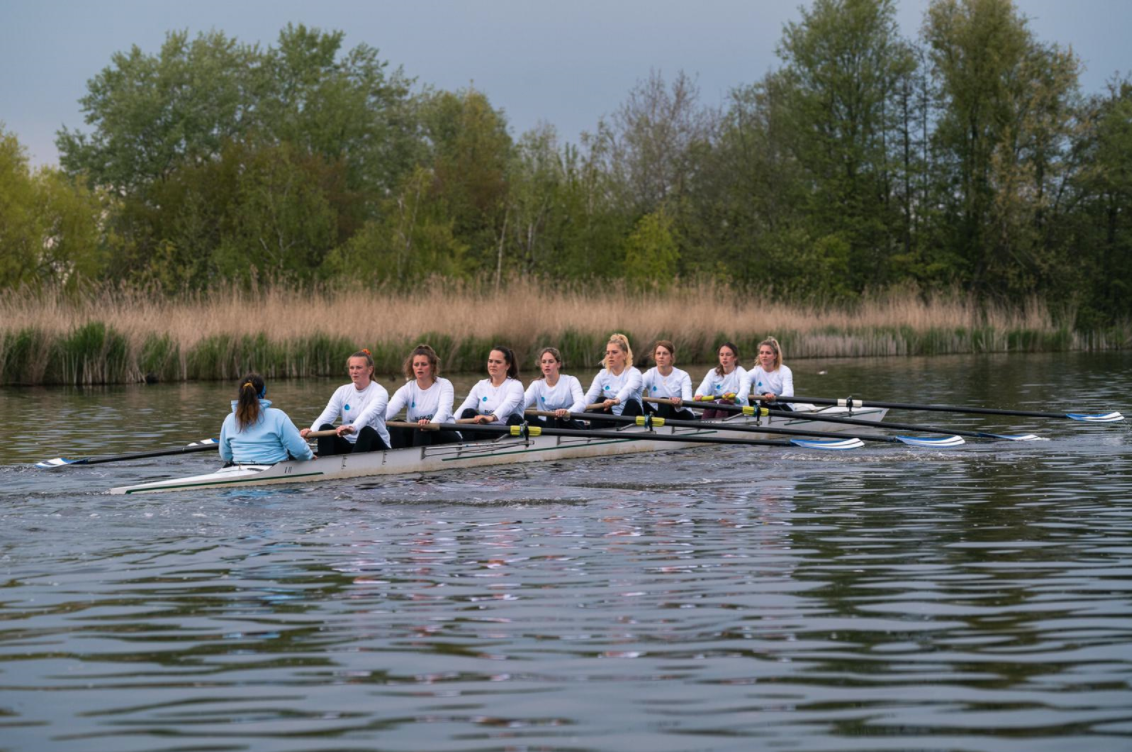 Why and how did you decide to join this special tour?

“Before the corona-life started, I was already doing a lot of sports. Field hockey, fitness, boxing, I was always on the run, quite literally saying. Then, my sorority announced that they were searching for people who wanted to form a team to participate in a unique rowing marathon. At that moment, I did not know anything about rowing but since I love working out, I knew I would like it. Also, being able to do something good for people who are having a hard time was something I wanted to be involved in. The moment my mind was set and stone about that decision, my (more than) rowing adventure had started.”

How are you preparing for such a unique rowing marathon?

“Preparing for a rowing tour of 100km is not something you do in a week. From the end of January onwards, my team members and I have been training a number of times a week. We participated in Bootcamps and trained on rowing machines. After a while, we started training on the boat, first with four in a boat and then with eight because in June we will have to row the ring canal. Now, we have entered the last weeks before the big day and that is why we need to train five times a week. During our training, we usually row distances of 20 km but the tour itself will be 100 km, which means rowing for 10 hours, or if you are unlucky and something goes wrong, 12 hours”.

In what way does your rowing adventure impact your daily life?

“First of all, I would say rowing is quite a mental sport because you are making the same movements over and over again for a long time. You have to be really focused as a small mistake can ruin it for the whole group. It is also about perseverance, so you really have to pull each other through. So I would say that I have become mentally a lot stronger since I have been taking part in this adventure. I did have to change the structure of my days a bit but in general, combining IBCoM and my rowing training turned out to be surprisingly doable. In the beginning, it was especially difficult because I needed to get used to a new way of life. Now that the tour is getting close, it has in fact become more difficult to combine everything and balance things out because I am also writing the last bits of my thesis.

Finally, Anne mentioned that sport is a good way to get your thoughts in order and think about nothing for a while, so no thesis stress which is nice :). After the Ringvaart Regatta, she will not continue rowing, but she does already have a new sporty goal for herself in mind. Anne wants to run the Marathon of Rotterdam and if possible, raise money for a good cause. Although she does not know yet which good cause, she explains, “Something that must come your way and that  motivates you to work very hard to reach a certain goal”.