I recently attended a seminar organized by EUR’s New Fashion Society (NFS). Matilda Rosengren is the Head of Marketing at GANT, a sustainable sportswear brand on the Benelux market, and I was lucky enough to hear about her experiences regarding internships and challenges within the company.

For this edition of Humans of IBCoM, I sat down with Saartje, a first-year IBCoM student and a member of NFS. We talked about the seminar and her own insights on sustainable clothing, and Saartje expressed her passion for fashion.

Meeting in Food Plaza, Saartje immediately caught my eye in a polka dot blouse paired with funky plaid pants. “I’ve had an interest in fashion for as long as I can remember,” Saartje tells me. Taught by her mother to sew clothing, she has picked out her own outfits from the age of four and has developed an authentic style inspired by many fashion icons.

Saartje’s love of fashion is reflected through her commitment to NFS. One of the reasons she chose to study IBCoM at Erasmus was because she had heard about the fashion society, and was thrilled at the idea of “being able to incorporate the art of fashion into the study”. She has taken on the position of blogger, writing about high fashion for NFS’s website. The blog posts are concentrated toward “fashion local to Rotterdam so that people can see what’s trending around town.”

During the GANT seminar, Matilda expressed the company’s overarching goal of brand authenticity, which Saartje defined as styles that cannot be replicated by any other brand, “from a fabric to a certain silhouette.” Another aspect of the seminar that especially stood out to Saartje was Matilda’s discussion of how present the distinction between men and women is in the workplace. She reinforced Matilda’s belief that women must be independent and maintain their own beliefs when faced with discrimination. Her biggest takeaway? “People will try to change you… don’t let them.”

Matilda also stated GANT’s belief in the importance of sustainable fashion, which Saartje offered her own opinion on. “As a student, it can be difficult to find inexpensive sustainable clothing”, but there are definite alternatives to investing in fast fashion brands. Most of Saartje’s staple items are secondhand, and she enjoys the thought process that accompanies picking out sustainable items.

Saartje described her go-to look as involving “a skirt and some funky tights paired with Dr. Martens”. Streetwear also dominates her style; she described oversized sweaters, baggy trousers, and bucket hats as “comfortable yet stylish”. When asked how she maintains confidence, Saartje claims she “got sick of wanting to change” herself to fit in, and has stayed authentic ever since coming upon that realization. “If you wear something with confidence, it always looks better.”

I asked Saartje a final question regarding how she intends to apply her IBCoM degree to the fashion world. “Having a background in social media is really important” because brands are increasingly looking for influencers to promote their clothing. In turn, such influencers are being invited to fashion shows and other events held by global scale brands.

Saartje expressed her excitement toward the approaching NFS events. She could barely contain her excitement when speaking about their February trip to Paris, in which the society will be attending various events about French fashion. “I’ve already started picking out my outfits!” An NFS vintage-themed fashion show is also in the works, with many opportunities for IBCoM students to get involved. Whether you have a passion for clothing design and want your work shown or you’re interested in strutting down the runway, keep your eyes peeled on NFS’s Facebook page for more information! 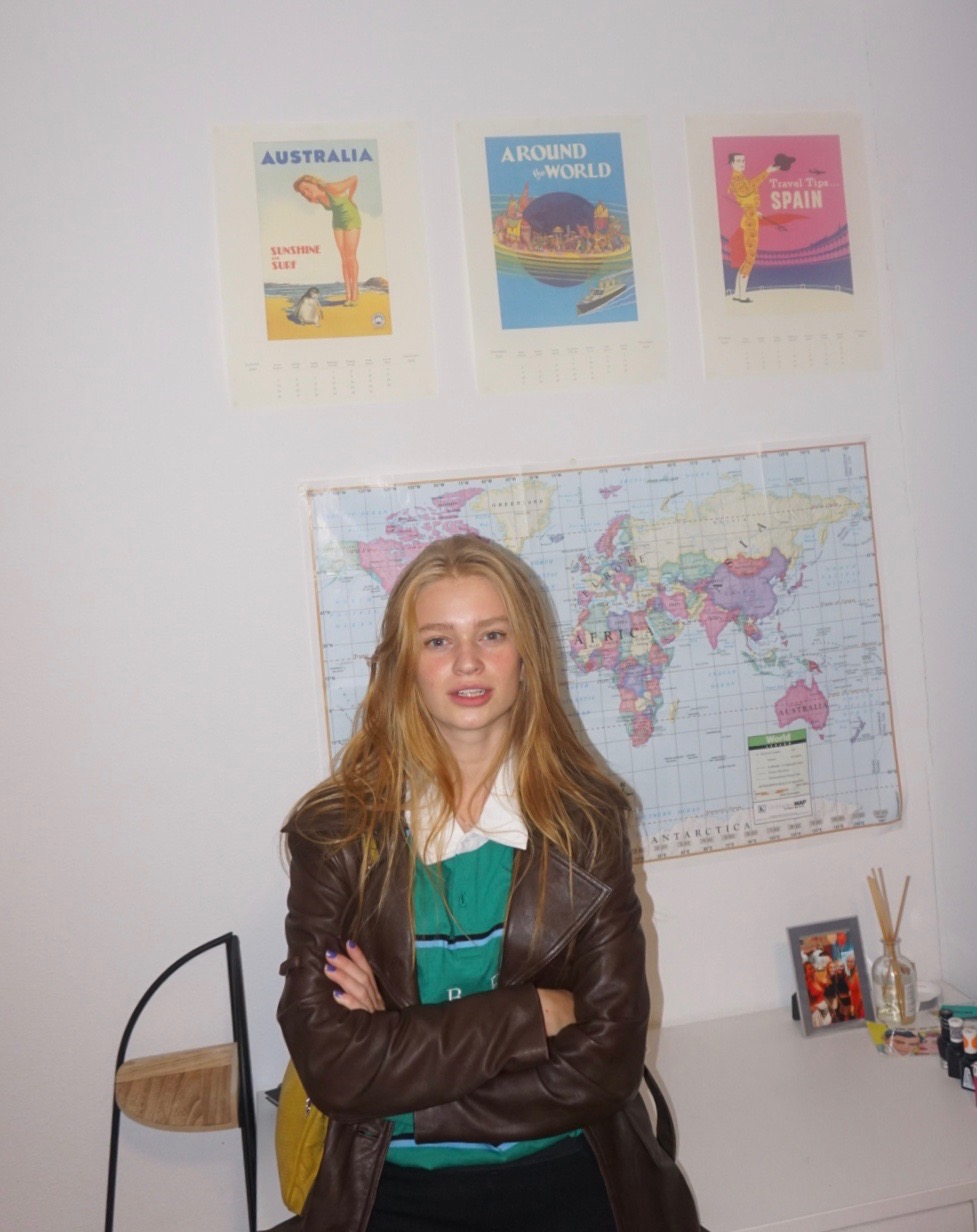