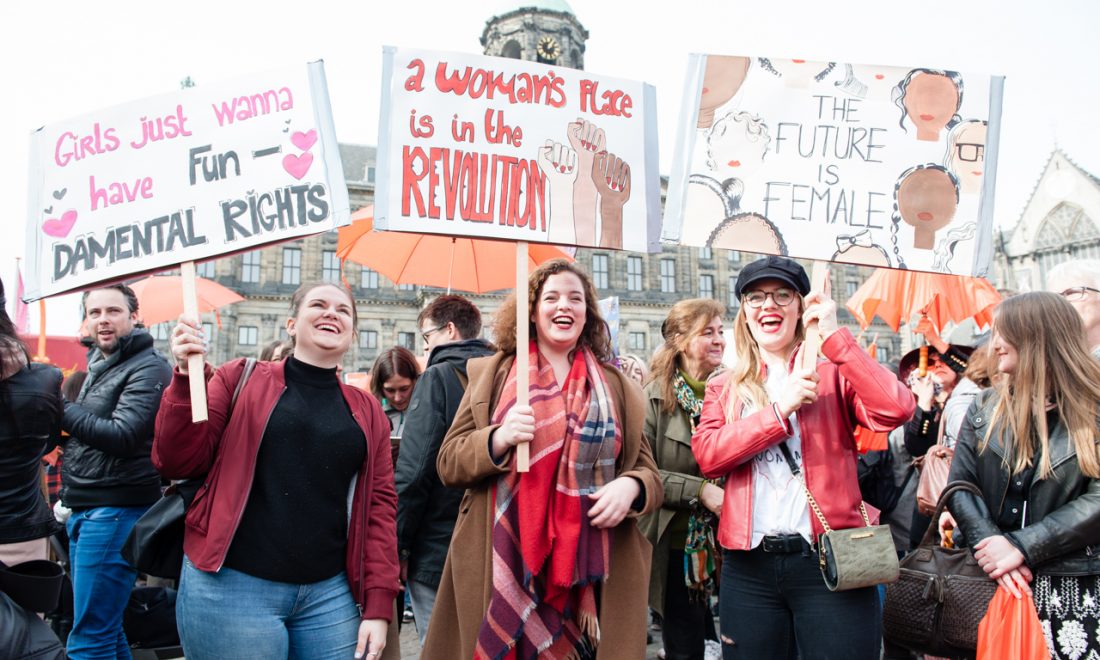 In only a bit more than a week, Friday the 8th of March, it will be International Women’s day again. This day arose back in the twentieth century when women fought for equal rights in the fields of labour and suffrage, and has since then become an annual celebration. Although a lot has changed – in a positive manner – since the first held International Women’s day, we aren’t just there yet.

Other than the usual celebration on the 8th of March, here are some reasons why it is even better to join the Women’s March on Amsterdam on the 9th of March!

We, as IBCOM students, are used to working in an international and diverse environment, in which I believe that we feel treating each other equally is key. The Women’s March that takes places in Amsterdam is the perfect opportunity for us to share these feelings with the rest of the Netherlands.

It might not be clear from its gendered name, but the march is focused on equal rights for everyone – whether you are female, male, transgender, straight, gay, young, or old, and from any nationality if you feel oppressed in our society this is an opportunity to let your voice be heard. The motto also sounds ‘all oppression is connected’ highlighting the goal of marching for equality for everyone.

Other than marching for equal rights and treatment, there are other reasons for you to join the march.

Firstly, based on pasts marches, it will provide you with a feeling of empowerment and uniting. There are some promising speakers at the march.

One them being Dounia Jari, who is the co-founder of Maruf. Her foundation supports queer Muslims, mostly with the focus on young adults. Dounia also is an artist’s manager and journalist and attending speeches like hers can be very educational (and fun).

The Women’s March therefore not only gives you the opportunity to share your story with others but also to listen to other people’s experiences with inequality and the march may even broaden your social network.

An important reason for me, and for all the women who will work or are already working in the Netherlands, to attend the march is that according to numbers provided by the CBS, there still is a difference in wages based on gender. Meaning that still in some cases, male workers in the same position as workers identifying as other genders earn more. When these differences cannot be explained by any logical factors, it becomes discriminatory. Therefore, marching for the rights of equal payment is important for the future of all young women.

If you share the opinion that everyone should be treated equally and should be able to be themselves in our society, feel free to come and join the Women’s March. I am sure that it’s going to be a memorable event!