On this post of Humans of IBCOM, we take a look at Kat! Our copy-editor for IBCoMagazine, and the boss to the IBCoMagazine bloggers!

A little background on Kat, she is originally from Manila, the Philippines, and she has lived in Dubai and the Hague, where she finished high school, before coming here to Rotterdam last year.

“I’ve lived here (The Netherlands) for 9 years,” she told me, and when asked if she spoke dutch: “a little bit, just enough to get around.” Adding on that she could have “probably put more effort into learning it,” even admitting that procrastination played a role in not learning the language. Yes…9 years worth of procrastination!

“Wow I have to buy my own food”
Kat is a second-year who hopes that by the end of the school year she’ll have “an internship and to be a working person.” I really wanted to know how she has changed since the first year. “Probably a year ago I was getting used to being in university” She told me that she wasn’t so used to being by herself and the changes that occurred throughout high school helped her grow to be independent: “I was kind of getting used to being an independent adult, like wow I have to buy my own food now”

“Going to read, and edit and approve”
Now, with her newfound independence, Kat has become the copy-editor for IBCoMagazine. Starting out as a writer for the magazine in her first year to copy-editor is a “pretty big change.” She said she always found that being a writer was “difficult in some ways” as “you had to come up with your own ideas, you have to make it flow, there’s a lot of thinking power that goes into writing a good piece.” However, as a copy-editor “it’s a different kind of difficult” saying that it’s a lot more time consuming as she has to read articles every week but she finds it an exciting job! This will be one of the articles that Kat is “going to read, and edit, and approve” so I hope she has some fun reading about herself!

“I need to flex my LinkedIn”
Aside from classes, Kat has a very good resume on her hands. She is the chairwoman of the IBCoMmittee of the faculty association ACE, “I am also in the Rotterdam Student Orchestra, I play the flute” and alongside that, she is a member of the Honours Program. Vitalii, one of our talented photographers, asked her “how do you survive?” and she quickly responded “I don’t” which was accompanied by laughter from the three of us. She jokingly said, “I need to flex my LinkedIn” which, honestly, we all agree with!

“A work-in-progress”
In the last part of my interview, I asked Kat, what is one word that describes the person you were in the first year, are in second-year, and hope to be in third-year. Kat responded with “eager” in her first year. Her second year? “A work in progress? but that’s not one word” No worries Kat! We can hyphenate it. A work-in-progress. As for her third year? She hopes to be “Inspired”. I hope you enjoyed our little snippet into the life of Kat, our copy-editor! 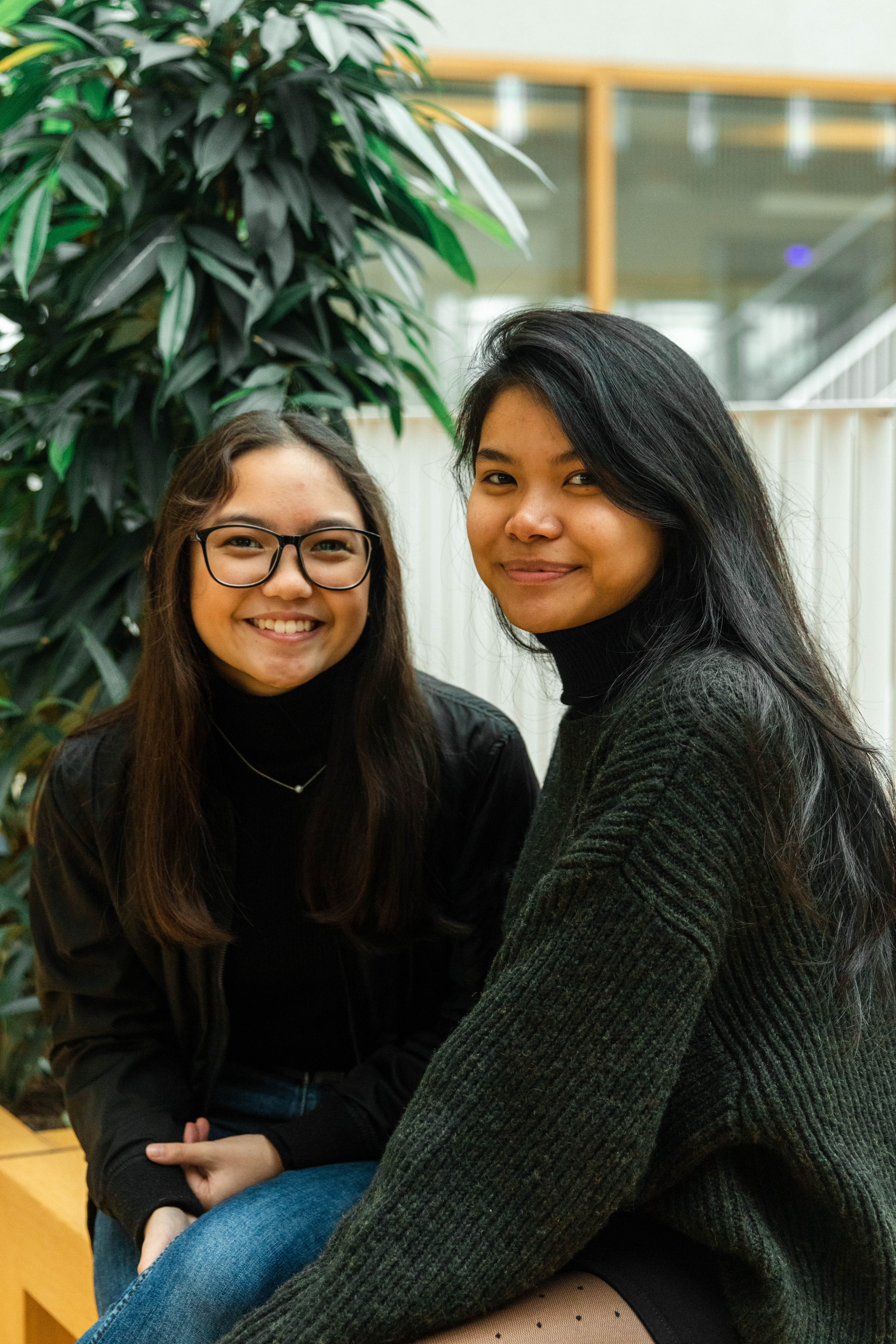