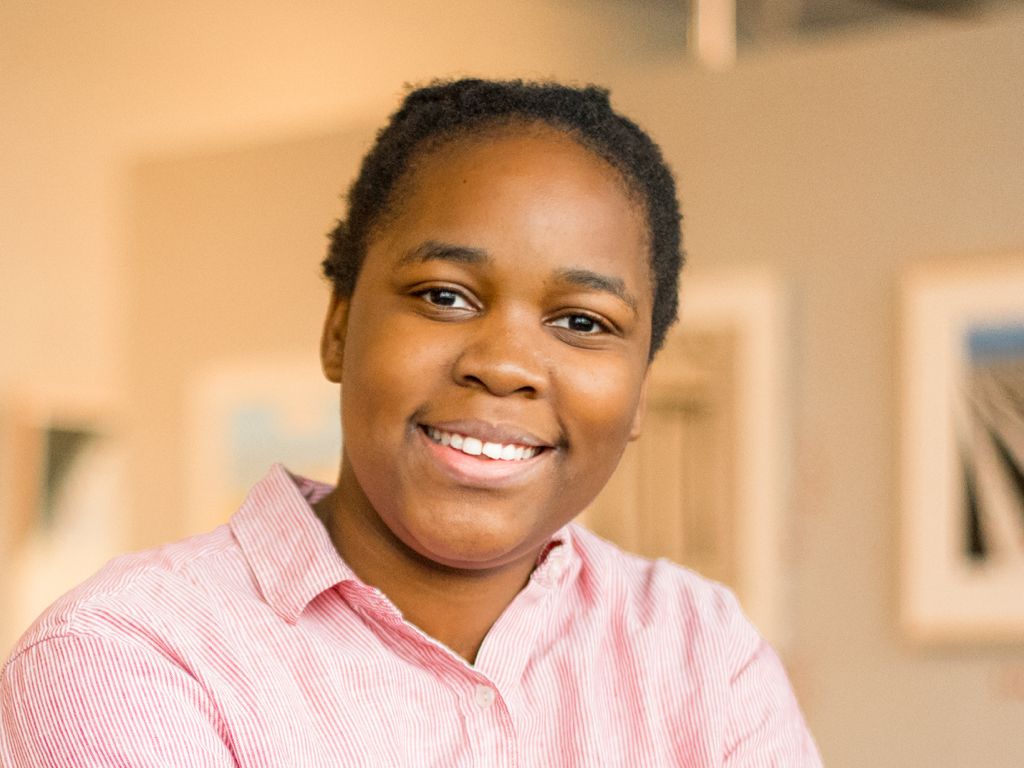 Marching into a New Year

For this edition of Humans of IBCoM, I interviewed the 18 years old, soon-to-be Rotterdam’s best selling author, Tasha Mhishi.

Tasha is a second year IBCoM student and well known among most of the IBCoM students. Some might know her because of her active participation in the IBCoM mentoring program and the Erasmus student introduction week. However, more recently you might have become familiar with her name because of her newly released poetry book: I thought you called.

Knowing Tasha personally, I can safely say she is one of the most creative persons I know. Through the interview I did with her I hope to explore and accurately represent her creativity in this article.

Growing up, Tasha’s parents always emphasized creativity. When she was six years old, she would go to ballet classes. Her father would get her a piano, a camera, dancing gear, whatever she needed in order to explore her creativity. Even now, her parents are very supportive of her book, and try to help her out wherever they can.

Creativity is how Tasha sees the world, she has always been into art. Therefore, it was not really a challenge to balance writing a book and following an academic program. To her, writing on her book was not necessarily a separate activity, this creativity was running through her as a natural process of her daily routine. But still, I wondered how, in such a theoretical and academic environment, people like Tasha are able to fully commit to their interests in arts.

She explains how even though Erasmus is an academic institution and has their main focus on educating theoretically, they do promote artistry among their students. They have art galleries, open mics, and collaborations with the International Film Festival.

IBCoM follows a similar trend. The main focus is on education on the more theoretical side, however the program does offer students the opportunity to work with their creative talents. She names as examples the practical courses where students can for instance write their own articles, make movies, or work with photography.

Regarding her book, which deals with relatable real life situations, she says: “I started writing pettily when I was 15,” she continues “I was done with high school but wanted to explore that interest further. I was not writing with the intention of writing a book, but it made me realize it helped becoming who I am and in a way help others. But I didn’t set out to write a book”. She wrote 365 poems in 2018, everyday 1. By the end of the year, she thought it only made sense to create a book and compile all her work into one production.

“The initial idea of the book was a petty idea, to get back at someone, looking at my life in retrospect and introspect. However, it turned out to be more than just that” Tasha explains. She was learning from life, it were her real life experiences, coming together in the book. “What’s it like being young?” It was essentially giving a voice to those people to also look at their lives in retrospect.

Tasha explains how editing the book was the worst part. She had to resubmit the book 5 times to Amazon. She suggests it was better if she had proofread every poem as she was going, instead of doing it all in the end. It was also not an easy process: “I had to figure out everything myself”. She continues, “Naturally, this made me more interested in the practicalities of publishing a book with Amazon. And yes, the first thing that came to my mind was: does it make good coin? “You earn less than half of the price” Tasha answered me. But, “Art doesn’t make you money, there is other value to it.”

In the end, the book is there to help others understand themselves through poetry, as Tasha learned to understand herself through the process of writing. “I am black, I am female, these are my titles. People may shit on it, but that’s who I am”.

I thought you called is now available on amazon.com