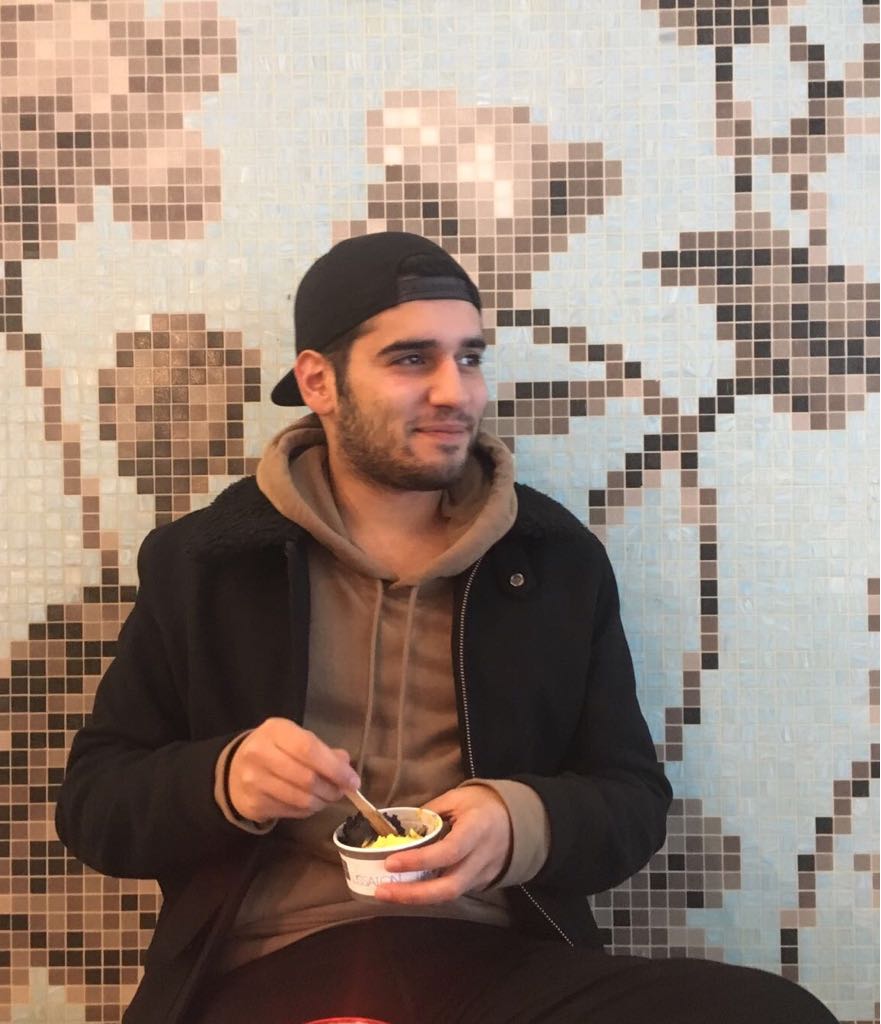 Although the spring officially has begun, the weather has decided to keep us in the grey winter mood. Thankfully I received a little sun myself from Sofian’s smile when I had the chance to talk to him this week. Hearing what he has been up to this year, I’m surprised he actually had the time to talk to us. Currently, Sofian is not just doing IBCoM, but also the double degree in Philosophy and even a Bachelor’s in Economics at a university in Germany. What more does he want to learn?

“I would really like to speak Chinese. I don’t know why, but I really would like to. The first thing I would like to learn to say is ‘I would like to order this or that food’, and ‘how much is it?’. I love Chinese food and I would like to be more knowledgeable about the language. Also I think it would be really fun to go to Chinese restaurant here in Rotterdam and speak to them in Chinese. They would hopefully really appreciate it.”

Although he cannot speak Chinese (yet), Sofian did tell us about something else he learned. A talent of his that not many people might expect from him. “I went to a music preschool of some sort and said I wanted to learn an instrument, I just didn’t know what instrument. My teacher then suggested to learn to play the violin, which turned out to be a good choice. After that, I played it for about twelve or fourteen years, and I was actually really good at it!”

“At some point, however, I didn’t want to do it anymore, because I had a really strict Russian violin teacher. It took me a lot of time, practising everyday, for at least one or two hours. Especially when I got into puberty, I was done with it. However, now I regret that I quit, because I was really enjoying it at the time and I feel like I’m never going to get as good as I was back then. I grew up with it, but now that there has been such a long break since I played, I kind of lost the feeling in my fingers.”

When asked what the craziest thing that happened to him was since he started studying IBCoM, Sofian remembered his roommate experience during the first year. “My experience of starting to live with other people as roommates was really bad at the start. We did not get along at all and throughout the year it even got worse. One time, in the beginning, I tried to be nice and went to the market to buy food for all of us and some flowers, and I placed them in the living room. But my roommates were getting really mad about me getting flowers. They were literary screaming at me. I still don’t understand why they got mad over that.”

Fortunately, Sofian kept smiling throughout both his first and second year of IBCoM and I cannot remember a time I have seen him without a smile on his face. There are many small things in life that make Sofian smile constantly. We should all enjoy the small miracles and happy moments in life, which can be found anywhere, as Sofian noticed. “When I’m waiting for the metro and I’m standing right at the point where the door stops, that makes me really happy. It is the most satisfying thing ever.”