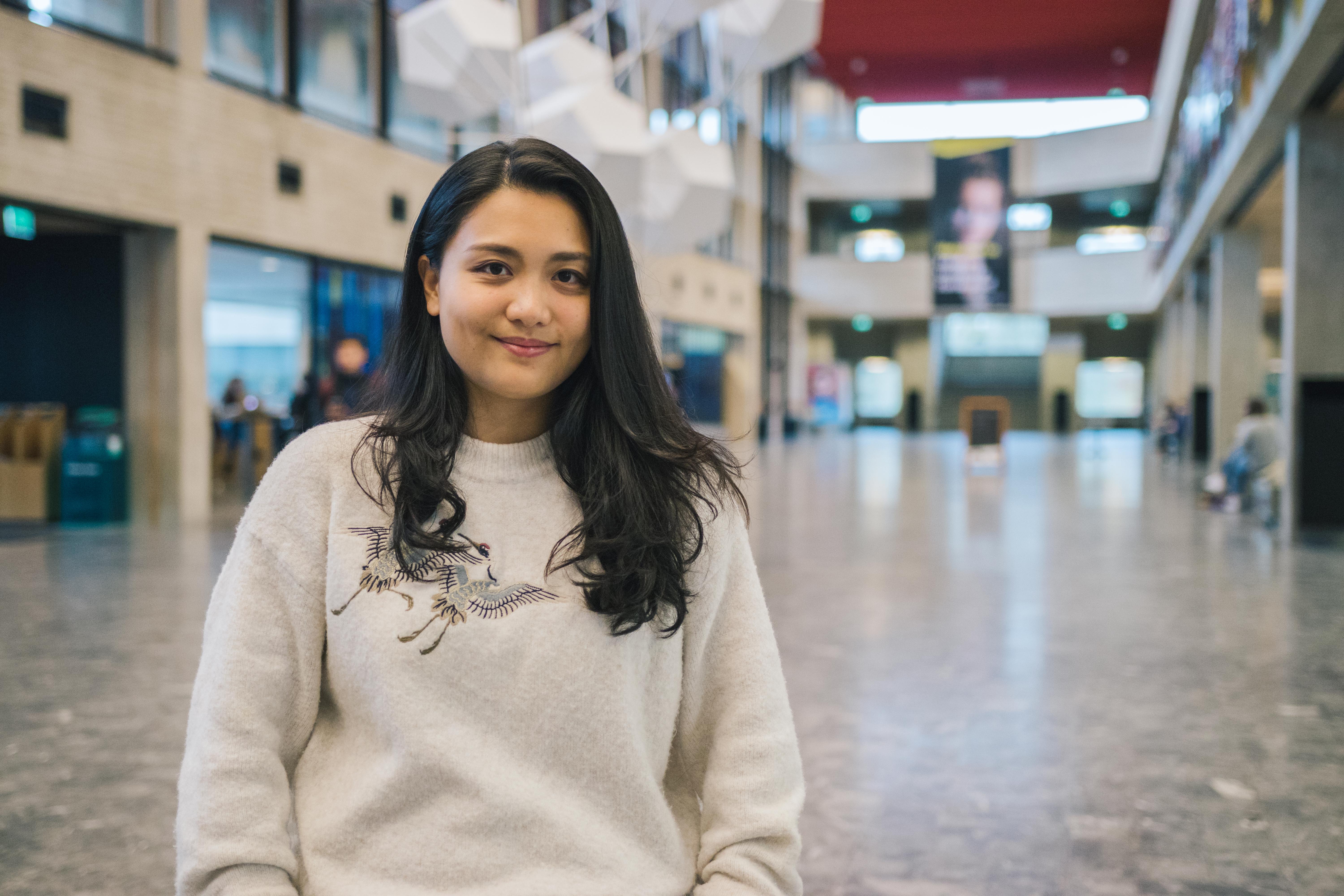 For this episode of Humans of IBCoM, I sat down with Qian Huang to have a little chat and get to know her a bit. She is researching digital vigilantism in the context of China for her PhD, and is currently teaching in the IBCoM programme.

“This is actually my first time ever living abroad”, Qian told me. When I asked her what her impression of the Netherlands was so far she said: “It’s very different from my hometown. My hometown is very tropical. It’s basically around 20 degrees. And if it’s summertime,  it gets [up to] 36 degrees. It’s pretty hot. So that’s different. But I stayed in Beijing for 7 years, so I can get used to the cold weather. All the rain and the wind are a little bit hard to take for the first winter, but I like it. Dutch people are very welcoming, and everyone knows English. I don’t really need to learn Dutch. I try a bit but it’s not working,” she says with a laugh.

As she already mentioned there were many differences between China and the Netherlands, I asked Qian to tell me more about them. “In China, the population is so large that you really need to be competitive. If you are not competitive [against] others you will be left behind. You need to work overtime, and everybody thinks that’s normal. That is also one reason why I would like to stay here. People respect their lives more, and people are not judging each other too much”.

When I asked her if there is anything she misses from back home, Qian immediately responded: “[The] food – of course.” Although there are Chinese shops and the Oriental market that make it possible for her to prepare Chinese dishes here, Qian says: “No matter how hard I try, it never tastes as good as the original. But there are four or five Chinese colleagues in our department, and we are going to have a hot-pot-party tomorrow!” she tells me.

In the future, she would like to stay in academia: “I like to do research about topics that I like, and I like to teach. I am really enjoying teaching because sometimes, to be honest, students know better in some subjects than me and it is a really good opportunity for me to learn from them as well. I really enjoy this kind of life.” But Qian does not want to commit herself yet. “It’s more like going with the flow”.

Since one of Qian’s research interests is gender studies, she told me a little story. “Many of my friends are gay, [and so that also made me] very interested in gender studies”. Marriages between homosexual people are not allowed in China, and gay and lesbian love is not accepted by many people. So, some years ago a group of activists planned to send a gay and a lesbian couple to the Chinese registration on a very busy day to demonstrate their displeasure. They found a gay couple pretty fast, but finding a lesbian couple that voluntarily participated was impossible. This led to Qian and a friend of her pretending to be a lesbian couple, thus participating in the protest. “I wore big glasses. So, my parents would not have to see that,” she says laughing.  Qian told me that in China, lesbians are in an even more complicated position than gay men, because the role of the woman is still not regarded as equal to the role of the man. Families expect their children, but especially daughters, to start a family of their own and bear children. Qian understands why it is particularly hard for them, and liked to support them in a way through this protest.

Thank you to Qian for sharing your story with us!