IBCoMagazine Lecturers’ Column: Digital vigilan-? what? Why and how I study online citizen-led justice

With the current situation, we, the IBCoMagazine, think it is time to use our platform for sharing the importance of the Black Lives Matter movement.

Black Lives Matter is a movement that originates in the African American community, which actively protests against violence and systematic racism towards black people. The movement began in 2013  responding to the acquittal of Trayvon Martin’s murderer. Since then, the movement’s mission is to eradicate white supremacy and build power within the communities to intervene in violence inflicted on black people by both state and vigilantes. By combating and countering acts of violence, Black Lives Matter aims for creating a space centered on black people’s rights, lives, and wellbeing.

Hashtags were historically developed as an informal method of compiling information and growing a conversation around a topic, making them searchable and identifiable. The now-famous hashtag #BlackLivesMatter originated in 2013 but didn’t gain momentum until August 2014 when Michael Brown, a black teenager, was killed by a white policeman in Ferguson, Missouri. Since late 2014, the hashtag has been a ubiquitous presence on Twitter. For example, on December 4, 2014, a day after the New York grand jury decided not to indict the police officers in the death of Eric Garner, or August 9, 2015, the one-year anniversary of Brown’s death. 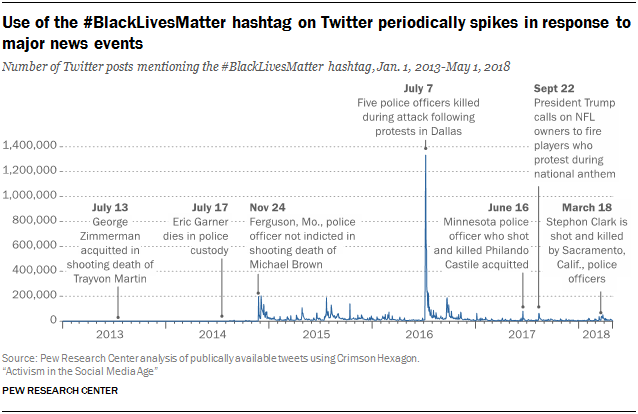 After those events, the hashtag was used for the NFL anthem protest and several other instances where the American population was protesting against racism and white supremacy, all the way until last week. Last week, with the murder of George Floyd, the use of the hashtag spiked and is now gathering resources for petitions, donation sites, resources of information that are key for the prosperity of the movement that is asking for something that should be a given in society: the right of black people to live, to get an education, to not be discriminated against, to not suffer racial profiling and police brutality.

As a primarily non-black group of writers, we acknowledge our privileges and aim to use privilege as a means to protect, help, and amplify the voices of people in need. We will never face the same racism and oppression because of our skin color and this platform will be used as a space to promote the Black Lives Matter movement, compiling information of different resources and linking to those.

Racism, as most white people understand it is the active action of hating and discriminating against black people, but this is just the tip of the iceberg. Racism doesn’t always come in blatant forms. Microaggressions are often unintended behaviors and ways of speaking that convey a negative prejudice towards a particular group of people. This could be from assuming where someone is from, what languages they speak, or thinking they are involved in a particular activity based on their appearance. Such behaviors go unnoticed because people don’t realize these small instances of racism affect people just as pervasively, and those behaviours are often part of people’s education since their childhood. Now is the time to educate yourself and acknowledging racist learnings and tendencies is the first step to unlearning these behaviors and fostering a climate for a society where black people do not have to fear being discriminated against. 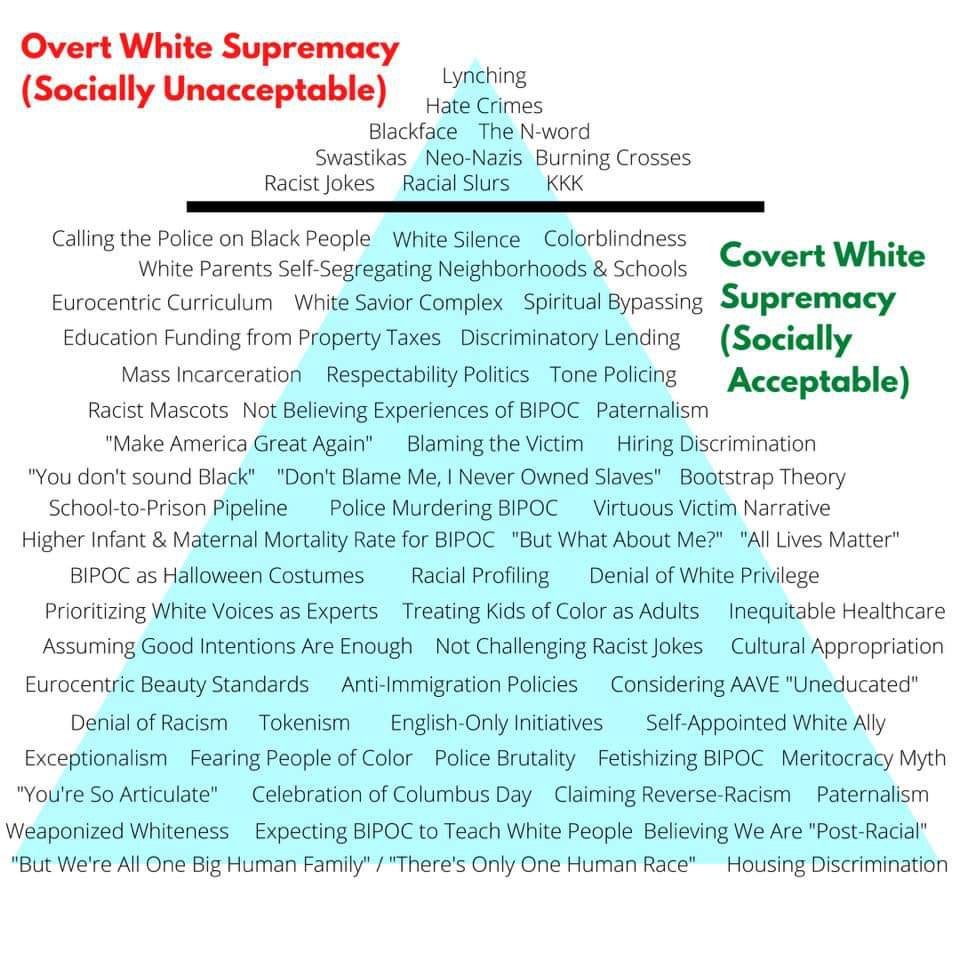 Examples of Overt and Cover White Supremacy

As non-black students we need to understand that society as it is enabled not only active discrimination, but also passive discrimination against black people, and that this is not only happening in the United States. While this fight is amplified by the overt police brutality and hateful political climate of America; racial profiling, discrimination by skin color, country of origin, name, etc. is an ongoing problem everywhere in the world, and it is our job to understand its existence and to challenge it, to fight it and reform it. It is the moment to realize that this is not about us, but that we contribute greatly to how this develops.

The Invoice of Success

Acknowledging black people’s struggles and their more-than-fair claim for change, should not emasculate your own struggles and problems in life. While claiming “Black Lives Matter”, no one is diminishing your rights or voice, they are just amplifying a voice that has been long silenced and it is in desperate need to be heard. In the same light, white privilege doesn’t mean that as a white person you don’t have struggles, it just points out the reality that as a white person you won’t encounter discrimination based on your skin color, and you won’t have the same struggles as black people are facing due to this.

There’s more than one way to help. Sign petitions, donate money, attend protests, educate yourself, and others. Silence now means compliance with racism and its institutions.

‘Not just an Aesthetic’: Addressing the Rise of Asian Xenophobia