Films to get you through February 14th

After attending our last lecture of MIA, I sat down with first-year IBCoM student Emma, to interview her for this HOI edition. We talked about her insights into IBCoM and experiences as a global citizen. Furthermore, Emma expressed her contribution to changing the climate!

When asking about her choice to study IBCoM, Emma expressed that she had no clue what she wanted to study: “I had a few study options in mind but wasn’t sure if those could connect my skills with my interests”. Luckily, her mom helped her out: “She advised me about studying in the field of communication as I enjoy social activities that required good communication skills, such as doing a TedTalk in high school”.

Eventually, the location became the deciding factor. Due to Emma already owning a European passport, she decided to find an English study in the Netherlands. She applied for four studies, but IBCoM became the final decision. “I ended up choosing IBCoM in Rotterdam as I felt more genuine about my IBCoM motivation letter,” she said.

After studying for a few months, I asked Emma about her insights into IBCoM. “The study is diverse, enjoyable and very interesting.” She expressed how the concepts could be applied to society and her own life, an aspect she missed in comparison to high school. “It’s important to understand how the media products we consume all the time and take for granted can influence us”. 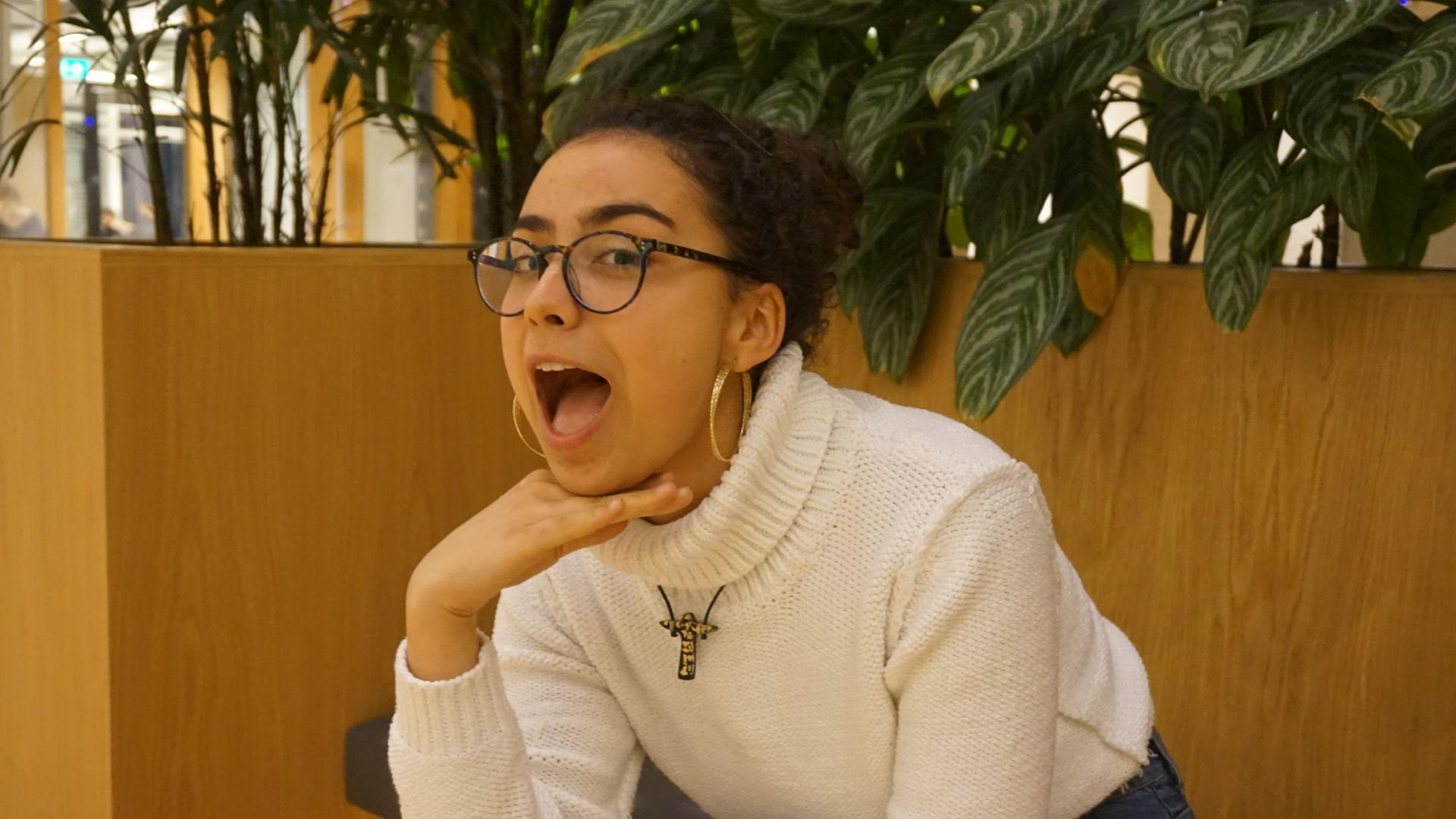 Speaking about her life, Emma defined herself as a “Citizen of the World”. Emma was born in Madrid but started her baby life in El Salvador as her roots originated from both places. After 1,5 years, she moved to Honduras for 3 years. As for her education, she started elementary school back in Spain but finished it in India. After turning 12, Emma moved back to Spain for middle school. Eventually, she ended up graduating high school in Brazil, where she left to become a student in Rotterdam!

To Emma, all 5 countries have a special part in her heart. She described Salvadoran people as communal and true-hearted. India was chaotic but colourful with attentive individuals. In Brazil, Emma felt welcomed as the people were warm-hearted and open. When comparing Spain and the Netherlands, Emma pointed out that both countries made her feel very safe.

Constantly moving around the world has its’ own pros and cons. Emma mentioned how it gave her opportunities to meet many people and how it stimulated her to be open-minded and open-hearted. However, she had to cope with saying goodbye occasionally every time she had to leave. It also established a sense of feeling rootless. “I don’t know what to rely on and where to fall to. Sometimes, it feels like I’m being driven by the wind,” she explains. 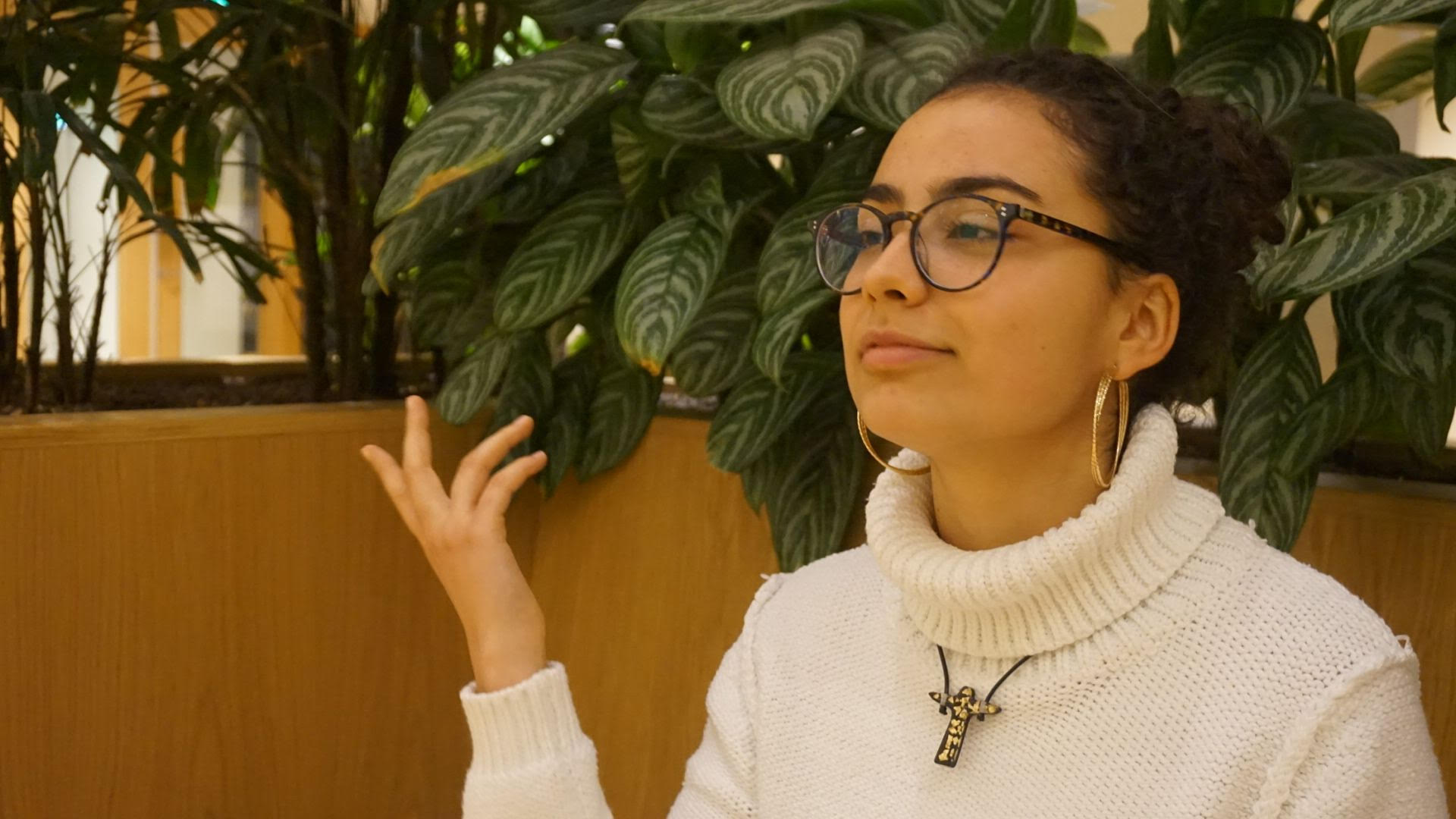 Our last discussed topic was her commitment and contribution in changing the climate. Emma is a member of the Post Plastic Generation (PPG), a part of the sustainability hub at Erasmus, and participated with the climate strike in the Hague on September 27. “It feels good to support a cause with such a big number of people. It felt impactful as many contributed to the social movement.”

Emma believes climate strikes are essential for our generation. “We should come together and publicly voice about the climate!” “Small things help! Recycle, be aware, inform yourself. Also have the courage to do the big things, such as participating in climate strikes.”

I would like to thank Emma for her time, and I hope you enjoyed knowing more about the life of Emma!