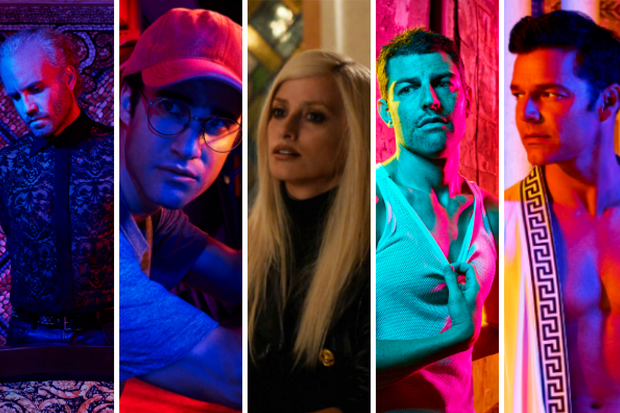 Turning your passion into pay: What you’ve heard before, but never listened to

Let’s talk about “The American Crime: Assassination of Gianni Versace”. It’s the second installation of the American Crime Story series – the first season was The People v. O. J. Simpson. It’s a brilliant piece by Ryan Murphy, and available on Netflix.

There are so many things to talk about from the first episode to the last one. If you watched it, probably you’re already aware what the dominant message is about.

But I’d like to concentrate on something slightly different.

I’d like to talk about the impact of colors, especially within the clothing preferences of the characters. I’ll be concentrating on Andrew Cunanan, the main character and, well, the murderer.

In the first scene, the beginning of episode 1, the first character we see is Versace and then camera turns to Andrew who wears a bright red hat.

I think, the color of red plays a really important role on the character. I checked a few websites and made a quick research. As I learned, the color red represents a lot of things.

“Red is the color of extremes. It’s the color of passionate love, seduction, violence, danger, anger, and adventure…” (Color Matters, 2018)

If you watched the show, probably, you would all except that how extreme Andrew is. I mean, killing and torturing people is an extreme matter and we can understand why they decided to dress the actor (Darren Criss) in this particular way and we shouldn’t forget about how much anger he has.

However, this isn’t too original. Ok, he wears red so we can say that the director tries to tell how angry he is, but I think there is something deep about this color.

Throughout the show, the car Andrew used for most of the time is a red truck. As I explained in the first part, there are tons of reasons for it. Despite it, red has another meaning:

“Red is the international color for stop.” (Color Matters, 2018)

(SPOILER) Before Andrew kills his (ex?)boyfriend David Madson, they have a small talk (not like a regular talk, but more like a fight. I don’t know how to describe) and Madson says something along the lines of “You don’t know how to stop, do you?” and Andrew shoots him. No, he doesn’t wear something red, he wears a dark blue sweater. He really doesn’t know how to stop and proves it to both audience and poor David by shooting him after getting out of the red truck. (END OF SPOILER )

You may notice that how much Andrew likes to be “seen”. He never hides his identity, and known by millions of people. I’m not going to say it is a success, but still kind of impressive.

This aspect of the character is represented perfectly — in my opinion — in the episode 8, while he was dancing with a really bright bodysuit in front of everyone.

The color of red is a representation of confidence and energy which helps us to understand why he dances like crazy in the middle of the crowd. Andrew is sure of himself and has the energy to do everything. He actually shows why he kills too; he wants the attention and all the eyes watching him. He likes it when people are are watching.

4. Let the sunshine in

Another color Andrew wears a lot is yellow. At the first time, it seems hard to link the characters personality to a bright color such as yellow, but then, as I saw how much he likes to be seen, I began to understand. I don’t really prefer to wear yellow in my life (don’t know why) and I don’t see a lot of people who wear bright yellow outfits so it can be link to Andrew’s aim to be special.

“Yellow, the color of sunshine, hope, and happiness, has conflicting associations. On one hand yellow stands for freshness, happiness, positivity, clarity, energy, optimism, enlightenment, remembrance, intellect, honor, loyalty, and joy, but on the other, it represents cowardice and deceit. A dull or dingy yellow may represent caution, sickness, and jealousy.” (Bourn Creative, 2018)

In most of the scenes, Andrew is quite happy for a murderer. He laughs like crazy after killing Gianni Versace, he “seems” like a positive and a hopeful guy. I think he is an optimistic person, for example, he wants to runaway with a partner after killing a men few days ago and makes hopeful speeches to make his partner relax which is very very scary by the way.

This was all I wanted to say. There is definitely much more if you watch it carefully, so please do!

If you’re interested, I challenge you to find other features link to use of color in this season. You can focus on other characters or other scenes or colors. Do whatever you want, but tell us in the comments what you found!.