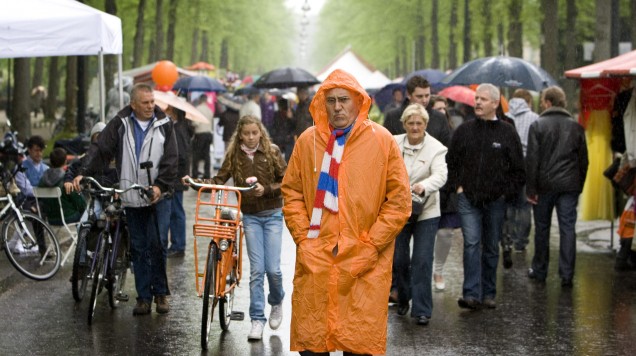 Festival season is finally approaching and get ready, because the Netherlands can surprise you with an abundance of lively experiences:  Every Dutch festival is a reason to celebrate, eat Dutch food and party, so grab your calendars to mark the best of the Netherlands’ upcoming festivals!

2nd of June: The Crave Festival

The Crave Festival in The Hague is an electronic music dance event among the several huge festive multidisciplinary art events — more than 200 — in several venues all over the city. A few names for the 2018 lineup are Alienata, Aurora Halal, DJ Stingray, among others. Check it out at www.thehaguefestivals.com

The harbour, crowded with fishing boats and lined with restaurants that serve up fresh seafood, is where the Dutch herring fleet is launched with a colourful Vlaggetjesdag (Flag Day) Netherlands festival, held annually on the first or second Saturday in June. Fishermen’s wives dress up in their traditional costume. The fleet then returns with the new season’s herring catch, amid much fanfare. For more: www.vlaggetjesdag.com

This huge pop and rock Dutch music festival, held in the city of Landgraaf in Limburg, has been running since 1970, making it one of the oldest in the world. Its name comes from the Dutch pinksteren meaning Pentecost, which is when it’s traditionally held. It’s a three-day festival with all-star lineups from the worlds of rock, pop, dance, electro, hop, indie, punk, folk, alternative and more. Pearl Jam, Foo Fighters and Bruno Mars are a couple of the headliners for the next festival, on 15-17 June 2018.
www.pinkpop.nl

This jazz Dutch festival began in 1976 and has run annually since then. The performances in the three-day event are held in an indoor sports arena and a concert venue, Rotterdam Ahoy. Although the audiences are big the festival still seems to retain an intimate atmosphere. The 2018 programme opens on 13 July and continues until 15 July.
www.northseajazz.com

Now more than two decades old, this carnival welcomes more than one million visitors to Rotterdam for the Dutch answer to Rio. Latin music and the vibrant energy of Brazil are played by more than 25 bands marching noisily through the city streets. At night, revellers can enjoy live music performances played on two stages in the city centre. In 2018, the carnival starts on 27 July, the Battle of the Drums is on 29 July, and the street parade is on 29 July.
www.zomercarnaval.nl