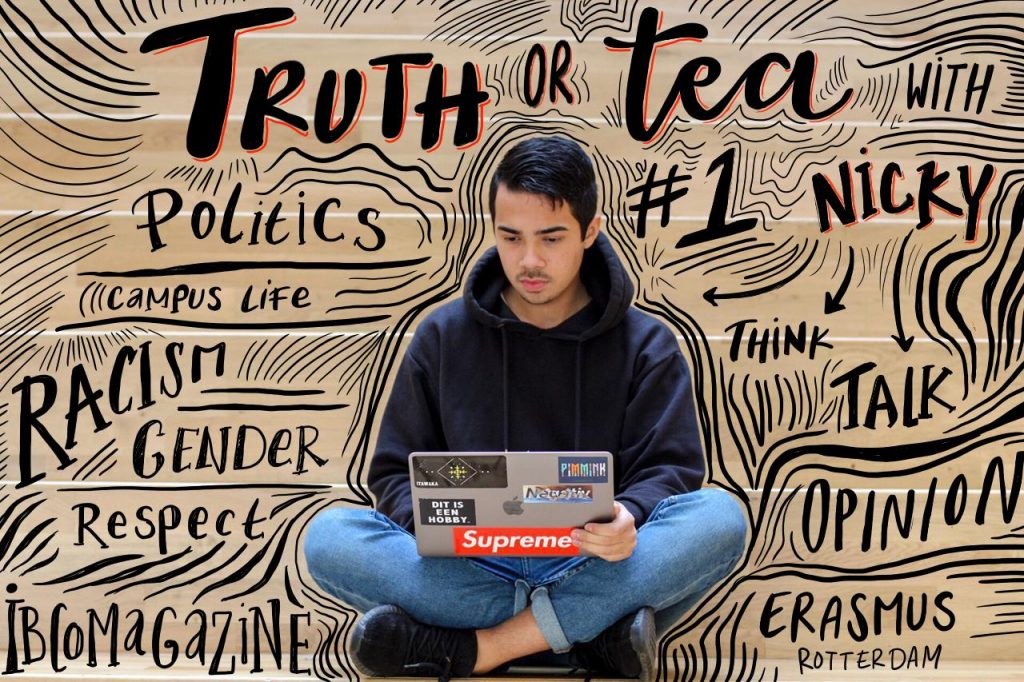 In this series of blog posts called Truth or Tea, I will write about my unfiltered opinions on a certain topic. You may read it with disgust, perhaps hate it, and may not agree with me.

In this first Truth or Tea, I touch upon the infamous debate on Zwarte Piet.

December 5th has passed and Sinterklaas and Zwarte Piet have left the country, but surprise surprise, the discussion certainly hasn’t.

For months we collectively talk and write about Zwarte Piet and its (non?)racist nature. The debate is mainly centered around the question “Is Zwarte Piet racist?” In my opinion, we should’ve moved past this debate a long time ago. Debating about whether or not it is racist for white people to paint their faces black for entertaining purposes is out of the question, because it definitely is.

But don’t worry, I’m not here to reinforce or change your opinion.

Whatever you believe in, or whatever side you take, it really doesn’t matter in the end. Whether or not Zwarte Piet is racist is a debate that has left the public sphere and is now in the hands of parliament, whom are responsible for drawing up concrete national policy. Instead of throwing dirt on each other and going back and forth about whether or not blackface should be allowed in today’s age, the debate would be so much more interesting if we put our focus on ‘Where do we go from here?’ After all, the festivities around Sinterklaas are for the children and children shouldn’t be the victim of grownups screwing up.

So, what do we do now? Here’s what I suggest:

I want to conclude this by stressing how important it is to stop continuing this useless and tiring debate on whether or not Zwarte Piet should be allowed in this age. By now, people have taken their stances, and probably nothing’s gonna change that. It is now almost 2019, and our focus should lie with ‘What do we do now?’ A black helper or not, the tradition of Sinterklaas will always be there and it’s up to us how we can change it so that the most important party, the children, are able to enjoy a time of happiness and laughter and believe in the magic of, what can be, a beautiful celebration.

My takeaway message for now is: please, talk to each other, listen closely, hear what others have to say, and spread the message of love, for “hate cannot drive out hate, only love can do that.” Martin Luther King Jr.