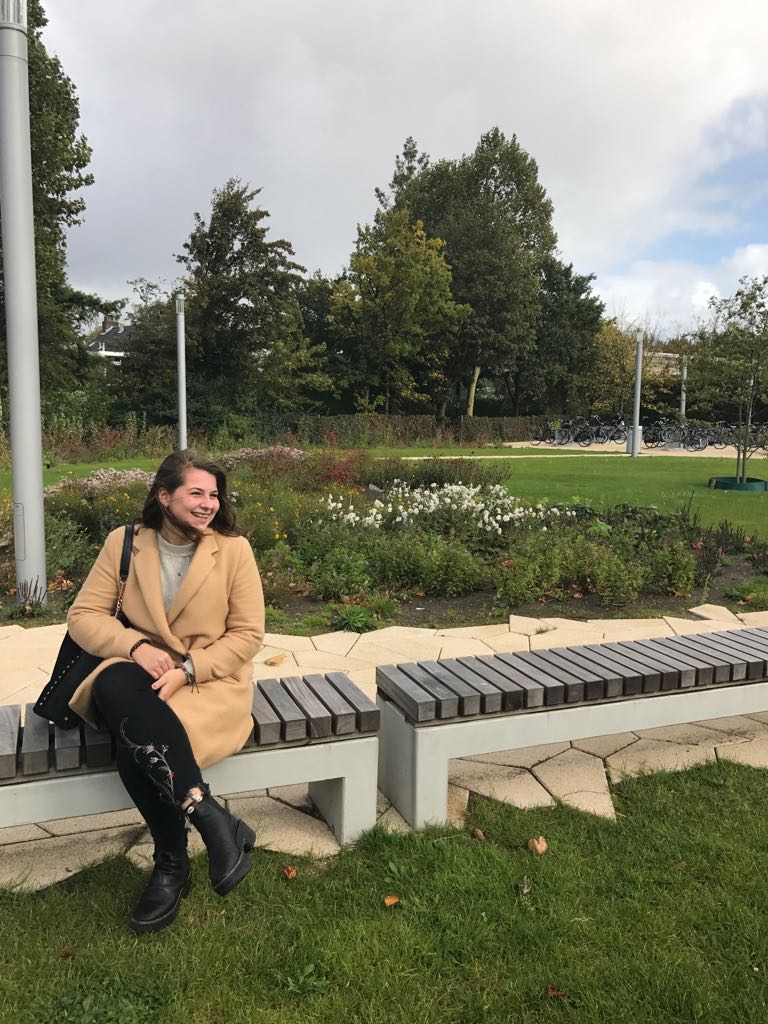 It was a very windy day when I sat down with Sophie after our joint journalism
seminar, where we had just received notes on how to interview someone, perfect
timing! Immediately, she told me that she was very excited, as she had wanted to be a Human of IBCoM for so long.

Sophie Boender, an IBCoM second year from the north of The Netherlands,
has had a few ups and downs in order to get where she is today. This is her story.

“When I first came to Rotterdam, I was a Business Administration student
(BA). But I soon found out it was not for me, when I had study very hard for an exam
and received a 0.7 on it”, Sophie explained. She had studied at Erasmus prior to
IBCoM, as she had been very interested in economics and topics such as
management and organization in high school.

“I was more excited about going to Rotterdam and leaving home, than actually
experiencing my course. So, looking back on it now, I didn’t explore enough to see
what courses were available,” she tells me.

Sophie dropped out of BA and started exploring other courses. “I was pretty
certain I was going to study law, but then one of my friends recommended IBCoM to
me and I realized that it was exactly what I wanted. So, I applied and wrote my
motivation letter two days before the deadline, as I had only just discovered the
course.”

When asked if she struggled when changing to a different course, Sophie told me
that it was mostly the difference in language that made it hard for her. “BA was a
course taught mostly in Dutch and I was still insecure with my English, so even in
that course I had to switch between English academic articles and Dutch lectures all
the time.”

However, when she switched to IBCoM, she truly realized what classes in
English actually meant for her. “I remember so clearly in my first few tutorials
thinking: ‘oh my god, I’m going to have to speak English for the next three years and
I have no clue how I’m going to do that!’”.

I asked her what helped her overcome these struggles, and she explained
that in the beginning, she still translated everything to make sure her sentence made
sense, but because there are English speakers constantly around, she got used to it.

“It was also scary sometimes, as I was around quite a few native English
speakers, and so I felt nervous to speak up, as I thought I’d might mess it up. But
then, through having to write papers in English and getting good grades for them
helped in boosting my confidence.” She managed to get over that nervousness,
passing into her second year with flying colors!

Next to IBCoM, Sophie is a really busy person. “I’m part of the sorority here in
Rotterdam, so that takes up a lot of my time. But I also like to write (her passion, she
says) and writing a book is a dream of mine, which I have sort of already started.”
IBCoMagazine exclusive right there, you heard it here first, folks! Sophie Boender is
your next J.K. Rowling world-renowned novelist!

“My comfort food is typically Dutch, called kibbeling”, she excitedly told me
when asked. For the internationals: it is small chunks of deep fried cod bitesize like
chicken nuggets. “The reason why is because it’s not very easy to get hold of, so I
have to make the effort to go get it and then it’s so much more special.”

Thank you to Sophie, for sharing her story!