Cause Related Marketing in Our Daily Lives

Walking into everybody’s favorite study place, Polak, I got the opportunity to meet Dana Braber, a second year IBCoM student from the South of the Netherlands. As the rain poured and the wind blew outside the big clear windows, I learnt more about Dana’s experiences, the way IBCoM has shaped her and how her dislike for spiders has changed her exchange prospects! This humans of IBCoM is definitely worth a read. Here is Dana’s story:

Compared to where you’re from originally, what’s it like being in Rotterdam so far? 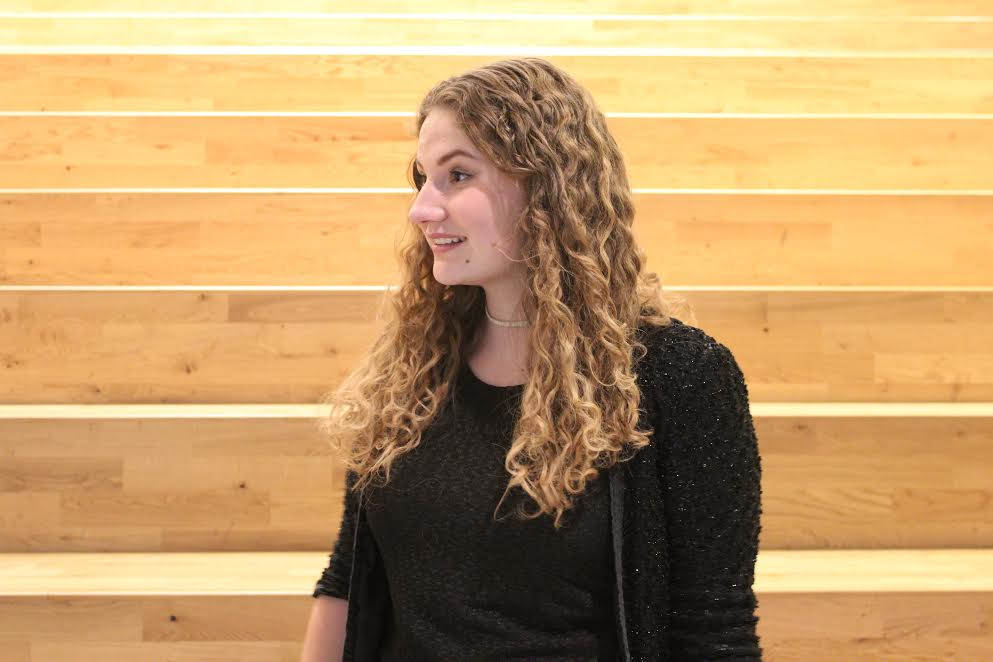 from the South and I live very close to the woods, so there are lots of farms. I think it’s a good contrast that when I’m here on weekdays, it’s really busy and I have a lot to do, but when I really need my peace, I can still go to my parents.”

Have you found any interesting things to do in Rotterdam? What’s your favorite restaurant and where can we always find you?

“Well I’ve joined a studenten vereniging/ sorority (Laurentius), and besides that I like to go to small restaurants and places to eat with my friends. I like Little V a lot, because I love Asian food. It isn’t really pricey, so that’s good. Furthermore, I like to go out with friends from IBCoM.”

Do you have a job next to your studies and is it hard to handle?

“Yes! I work at an Asian restaurant close to my parents’ house, so sometimes I go there and work three or four days in a row and then I come back here. I think it’s really easy to combine, especially since my job is mostly in the evenings. We don’t have that many evening tutorials or lectures so it isn’t that hard. When I miss something, I can always catch up and borrow notes from other friends here.”

During your second year you have the opportunity to go on exchange! Where would you like to go?

“That’s quite a difficult question! I was deciding between an English speaking country or maybe Asia. Asia would be really hard actually, as I get stressed really easily when I don’t speak the language. I really want to go to Canada but there aren’t many positions, so that would be a tricky. America would be cool as well, but it’s really expensive. I don’t want to go to Australia, because they have massive spiders there! So, I’m stuck on England or Europe, because that way I could still come home to my parents if I am really homesick, as flight tickets are pretty cheap.”

What is the biggest difference between first and second year?

“Well, since this year, you get to pick your seminars, which I think is a lot better. Furthermore, you already know a lot of people now, which makes a real difference for me. Last year, I started the first term, not really knowing anyone and not sure whether I would like the courses and now I am a bit more settled.”

Did you have a vision of you coming here and do you think you stuck to it or not?

“Yes, I actually had a really clear vision of living here and making the most out of it, but I still ended up watching Netflix at home often, without really doing everything that I would want to do. Apart from that I’ve stuck to my plan of making a lot of international friends and experiencing all kinds of new things, that I wouldn’t have had if I was still at home.

You went to a Dutch high school, so what’s it like to speak English all the time now?

“I’m kind of a book addict, so I’ve already read a lot of English books. English was also my best subject in high school, so I don’t think speaking or writing English was a problem for me. The issue is more that a lot of people here did go to international schools and their English is so creative! When I hear them speak I’m like: “Wow, that’s such a nice way of phrasing what you intend to say.” It’s great, but sometimes when I’m speaking in English, I think of things I could have said better if I were speaking Dutch.”

What has been the biggest change?

“The biggest change overall was living on my own and not having the help of my parents. When my bike is broken, for example, I can’t just ask my dad to “please fix it, because I have to go out tonight.” Right now, it’s more like “Oh, my bike is broken… I should get it repaired.” It’s a part of life and you have to grow up. You can’t always be a kid, but sometimes it’s difficult and it would be a lot easier to depend on your parents.”

What’s been the greatest thing so far that’s made a significant impact?

“This sounds really cliché, but all the new people I got to meet have such different backgrounds and interests, which, in turn, has broaden my mind and my interests. It’s just really cool to learn from all these different visions from people all over the world and I think that’s the greatest thing you can experience whilst studying.”

Even though it’s only been a year, what is one of your biggest regrets?

“Well, with regard to studying, I procrastinate a lot and I only get stressed for an exam about 12 hours in advance. I then start studying really fast and going through everything over and over again, while I should just start studying earlier. I’m still trying to learn that.”

Do you see a big difference between who you are now and who you used to be at the start of IBCoM?

“Yes! I used to be more introvert and I liked to be on my own. Now, I am more open minded about a lot of things. Previously, I would always consider what I know and what I was taught to be true. I then learnt how different people look at things and realized that it is also a sort of truth and is something I like even better.”

Do you have advice for the first years? What can we learn from you?

“Oh that’s difficult! Something I learned during my first year was that you don’t always have to stress as much as you think. For example, with exams, I used to be really stressed about how I would do, but it all works out fine as long as you just stay calm and think clearly about decisions.”

Thank you Dana for sharing your story. Make sure to keep up with the blog as there is more to come!