It’s that time of the year again. People are making their new year’s resolutions and starting on their “new year, new me journey”. Work out more, eat healthier, learn a new skill, be more organised – you know the drill. And then there are some of us who haven’t left our beds since late November, because it’s just too hard. Winters have been a rough ride for me personally for a good number of years now. Especially the last winter I spent in Rotterdam was one of the worst. Being an international student and not being able to go home during the holiday season can land you in quite a lonely little corner. It was only recently that I learned that winter blues or seasonal affective disorder is a very real thing. So, I started searching for people around me who experience this as well. I wanted to know how it was for others and what they did to get through this time of the year. I got many responses from friends all over the world and found solace in our shared feelings of woe and frustration. 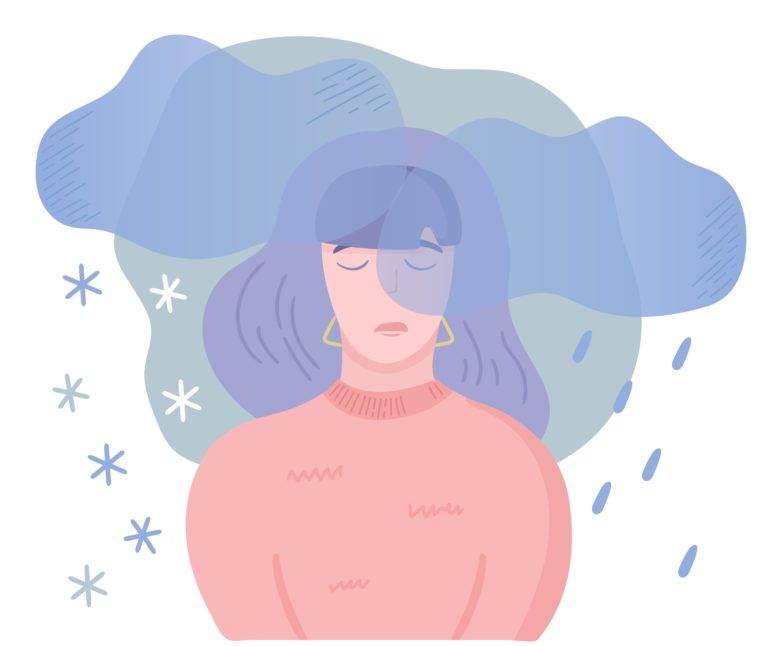 H.I. studying in Canada said: “After moving here, I realised that I had taken the sun for granted my entire life that I spent in a tropical country. I remember back home I would wait eagerly for winter but now as soon as the leaves start falling, I start dreading what is about to come.” H.I. has been living in Canada for four years now and recalls every winter he has spent there to be depressing and lonely. He works extra shifts at work during the holidays just to keep himself busy. “I just cannot find a reason to get myself out of bed”, he said. H.I. blames the harsh Canadian winter for how tough this time of the year gets for him.

A similar account was given by C.S. who says that her winter in Rotterdam has been exceptionally difficult, specially paired up with the pre-existing pandemic stress. “It hits really hard when it affected my creative flow for school, as I lost interest in something I adored and was very critical of myself for underperforming, which led to the creation of a toxic and negative headspace”, she expressed. She noticed how as the days get warmer and the sun shows up more frequently, it gets better. In addition, C.S. has been able to find comfort in opening up to her parents about her mental health and they have been very supportive and understanding which has helped her cope a little better.

F.B. offered some advice and tips to get through exam season when experiencing winter blues. She says that what she understands from her own seasonal affective disorder experience is that there is often no point fighting how you’re feeling. The key is to learn how to work with it and be gentle with yourself. F.B. encounters downturns in her overall mood not just during winters, but also during the rainy seasons, so it’s something she has had to deal with multiple times each year. “I try to find patterns in my day to day levels of energy and motivation. I take more classes during the times of the year when I know I can generally handle more pressure. For this time of the year, I go easy on myself and do the bare minimum.” F.B. says that she found out that the only way she can get any studies done during the winter is if she makes small, short term goals for herself.

Talking to others who experience the same emotional overcast as myself, made me realise that I wasn’t the only one . It’s very important to put your mental well being first and find the courage to reach out to others. And being a part of a university community, it’s crucial that we’re also there for each other. You aren’t alone.

The Invoice of Success