Out and About in Rotterdam

For the past few weeks, the topic of the IBCoM exchange programme has been hot, especially among the second year students. Everyone around me was talking about what universities they wanted to go to and stressing over the seemingly long list of choices – a struggle I could not relate to since I had already decided to opt for a minor. So since there has been a lot of  exchange talk going on, I wanted to bring you something a little refreshing for a change – an IBCoMer’s experience doing a minor at EUR.

Meet Crystal Gohrawding, a third year IBCoM student and a dear friend of mine. She is all about the creative and artistic side of life. Some examples of the many things she likes doing in her free time are making music, playing the guitar, and she also loves to write and paint. Quite a multi-talented person, I must say. I started our casual interview over a Zoom call by asking her why she chose to do IBCoM in the first place. 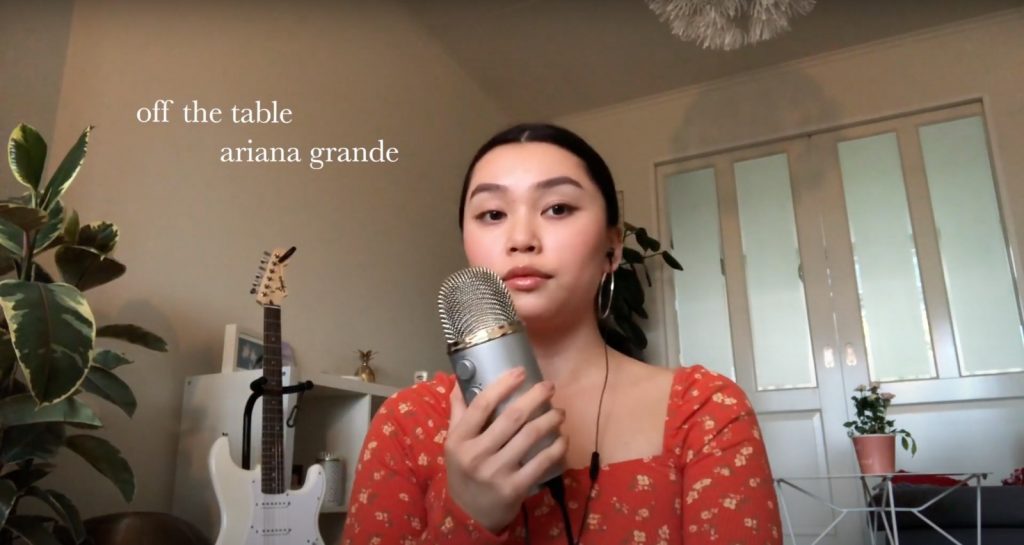 “I think it was for the same reasons as everyone else – it’s broad, has different sections. I knew I wanted to do something with communication.”

“Oh no, I always plan everything just like a month or two beforehand.” – a sentiment I think a lot of us can relate to.

The minor she chose was Music, one that was introduced only this year. Crystal had previously also taken a minor in Psychology into consideration, but her love for music made the decision quite easy. When asked why she chose to do a minor instead of going on an exchange she said that one of the reasons was that she had been moving around a lot her whole life and she just wanted to stay where she already was for a little longer.

Crystal’s description of her time doing a Music minor made it evident that she really enjoyed it. It consisted of three courses, two of which were more theoretical: one dealt with the music industry as a whole and was similar to our IBCoM courses in the way that it discussed the changes in media over time. The second course taught about how music related to other facets of life, how music works in societies and explored the history behind different genres. The third course was the creative one offered by Codarts, the one Crystal enjoyed the most. In this course, she and her team had to write and produce music for a hypothetical artist. It included everything from song-writing, creating a social media plan, enhancing  audience engagement and marketing – basically the whole deal. Crystal said that this third course was her favourite as they got to work in a team with music producers and create a full-length song. The hypothetical persona her team created was a singer who they named “Phibi Sicran” and Crystal described the genre as “dark pop”, a very Billie Eillish-like sound. Hearing her describe the song has already got me intrigued.

Finally, she advises future students who want to do a minor to ask themselves first why they want to do a minor. Whether it is to gain a new skill for the job market or to explore something they just find interesting. She recommends to simply choose something you genuinely enjoy and you want to learn about. Either way, we still have a good amount of time at hand to figure out what minor we want to do, so don’t stress too much about it. And good luck to all IBCoMers, whether you choose to do a minor or an exchange, I hope you all have a grand time.