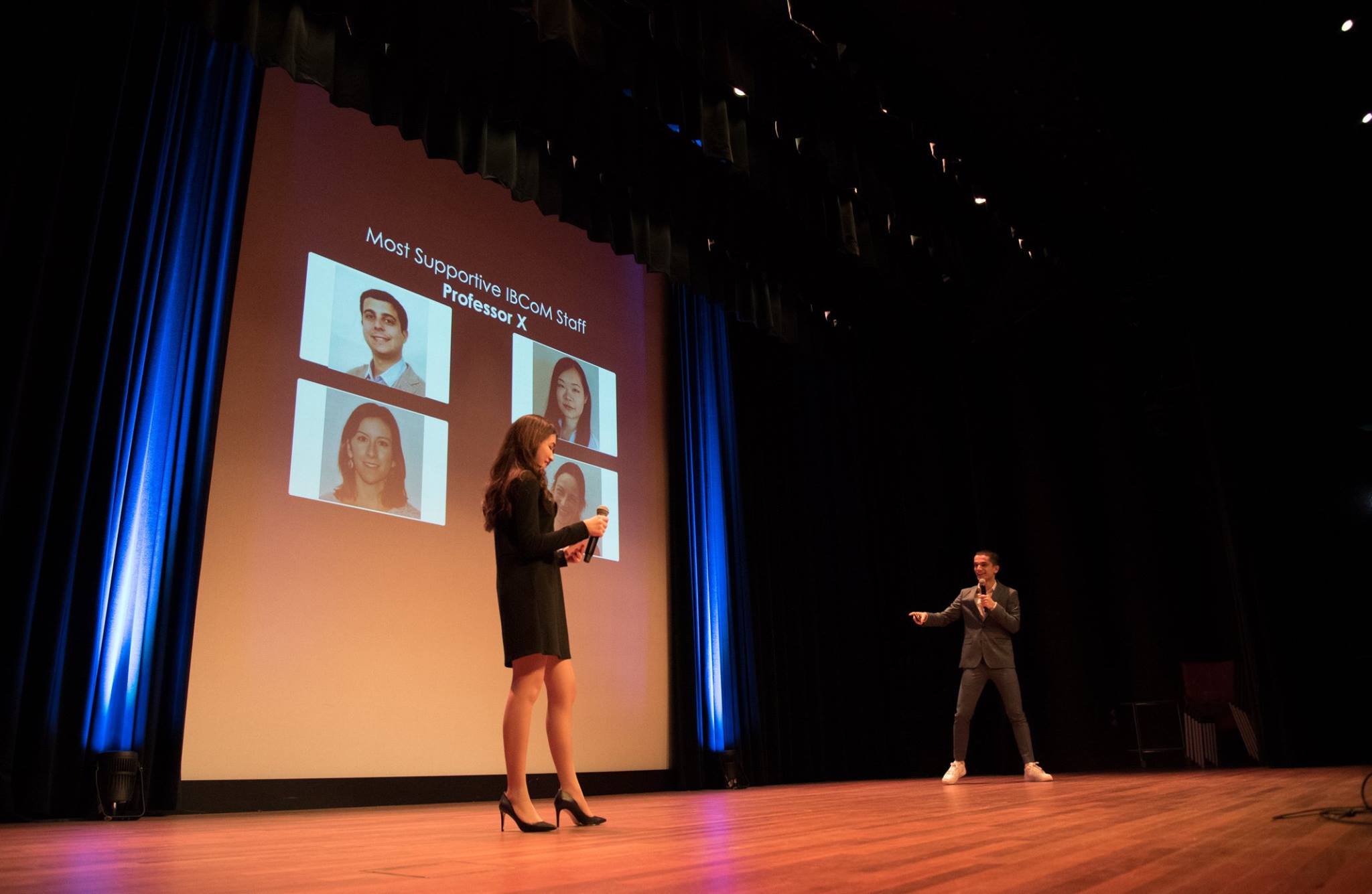 Netflix and Chill: The Assassination of Gianni Versace

On the 20th of March in the heart of Rotterdam the annual IBCoM awards took place. The event was organized in the theatre space of the central library of the city. And for those who did not have a chance to participate in it, these all may sound extravagant…well, you can trust me, it really was!

We all experienced a great “Night of the movies” – as was suggested in the title of the evening. In order to fit the theme, everybody was asked to wear dresses and costumes. I did not expect everyone to follow the guidance but unexpectedly they were all dressed up. IBCoM students and staff looked gorgeous, especially in the decorated hallway of the theatre. Nevertheless, I could only briefly go out from the backstage before the beginning of the show, as I was one of the performers during the awards, the atmosphere hovering in the air amazed me. It was like finding yourself in the Gatsby house, luxurious and splendid. A slight feeling of blanket impatience for the night to begin added even more glamor to this impression.

The awards were taken on by the two elegant hosts: Donya and Berdan, who professionally led the night and added a lot of fun to the event. The whole evening was organized as the Oscar awards, with people receiving statues of slapsticks, instead of Oscars, as well-deserved trophy. Among the nominations were: “Mr./Ms. Sunshine”, “Party animal”, “Social media tiger”, “Most supportive new IBCoM staff” and many more. Congratulations to those who took these awards home, you really deserve them!

In between the rewarding, some IBCoM students performed on stage. It was an impressive luxuriance of different talents: from singing to reading self-written poems and guitar jamming. For me it was an honor to be a part of the show and sing during the event. The pleasure that you receive from performing in from of the welcoming audience is unforgettable. There were more than 100 people in the auditorium, so it took a good portion of courage to be on-stage for performers, as well as hosts and those who received the prices. Even so, everybody looked gorgeous and contributed to the great atmosphere of the night. At the end of the evening everybody got a chance to share their emotions about the show while having a drink at Oude Haven.

This was a kind of event that made us feel a part of the IBCoM community and become closer to the fellow student and staff. IBCoM is more than just a program, it is a great life experience, where anyone is a bright individual.  “We’re all bizarre…some of us are just better at hiding it, that’s all”…

HOI: A ‘Happie’ Place to Eat

HOI: ‘Love is the Answer’ with Gabriel Guerra