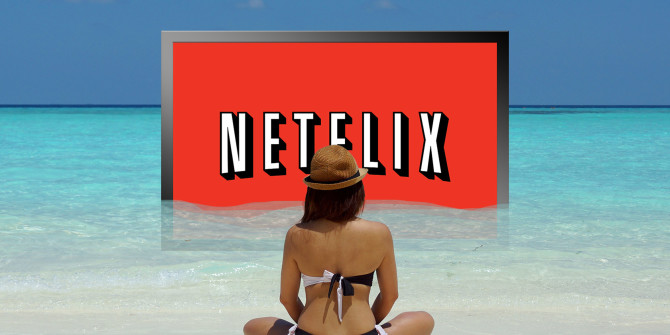 I’d like to think of myself as somewhat of a Netflix aficionado – no not in terms of trivia and statistics, but just because I’ve watched almost everything available on the platform in languages I understand. But with the content overload on Netflix, a lot of good series are missed out on, so here’s a list of a few upcoming series (that are not 13 Reasons Why Season 2) that you should look out for.

This Danish Netflix series is meant for those who love movies centered around the Apocalypse. This concentrates on the survivors, fending for survival in a world still filled with problems that seem almost arbitrary compared to what they’re facing. In a way, it reminded me that where there are people, there are emotions, and where there are emotions…there is conflict. Regardless, the suspense, the pace, and the plot all bewitched me, and even though I don’t understand the language (the subtitles help), the acting provides enough contextual clues.

‘Maeby’ you already know this series, maybe you don’t. Netflix rebooting one of my most loved series means it had to end up on this list. It is a ‘mockumentary’ style series similar to Parks and Recreation and The Office, but concentrating on the Bluth family – I guess it resembles  Modern Family, but messed up. Without meaning to spoil any of the previous seasons for those who may not have watched it, this upcoming season concentrates on a murder mystery from season 4, and we watch as Lindsay tries to earn votes to be “part of the problem”. If you do decide to watch Arrested Development this summer, go ahead and make yourself more familiar with this messed up family through seasons 1-4 anyway.

She’s Gotta Have It

This is a TV series based on the 1986 movie of the same name. This series combats many stereotypes regarding women – specifically centered around their sexuality. The movie, as well as this series, in a way is geared to make us question a lot of our own prejudices, but still in a comedic manner. If you don’t have the patience for the series though, the movie itself was incredibly revolutionary and well worth procrastinating any work you might have.

Goodbye Hello Kitty, hello Aggretsuko. This red panda is a fierce worker, and an even better karaoke singer. Even though this is a Sanrio anime, a lot of themes it covers, for example regarding stress and how to handle it,  provide a lot of insight, albeit comedically, in how we force ourselves to seem ‘normal’ in times of stress. But even without some deep analysis, this character’s story is just full of fun.

If the only thing you like Buzzfeed for is their Unsolved series, this true crime series follows the story of a pizza delivery person in Erie, Pennsylvania, nearly 15 years ago, sucked into a bombing plot to rob a bank. It looks at the evidence, the suspects, their lives now, and how the small community of Erie was changed completely by the incident.