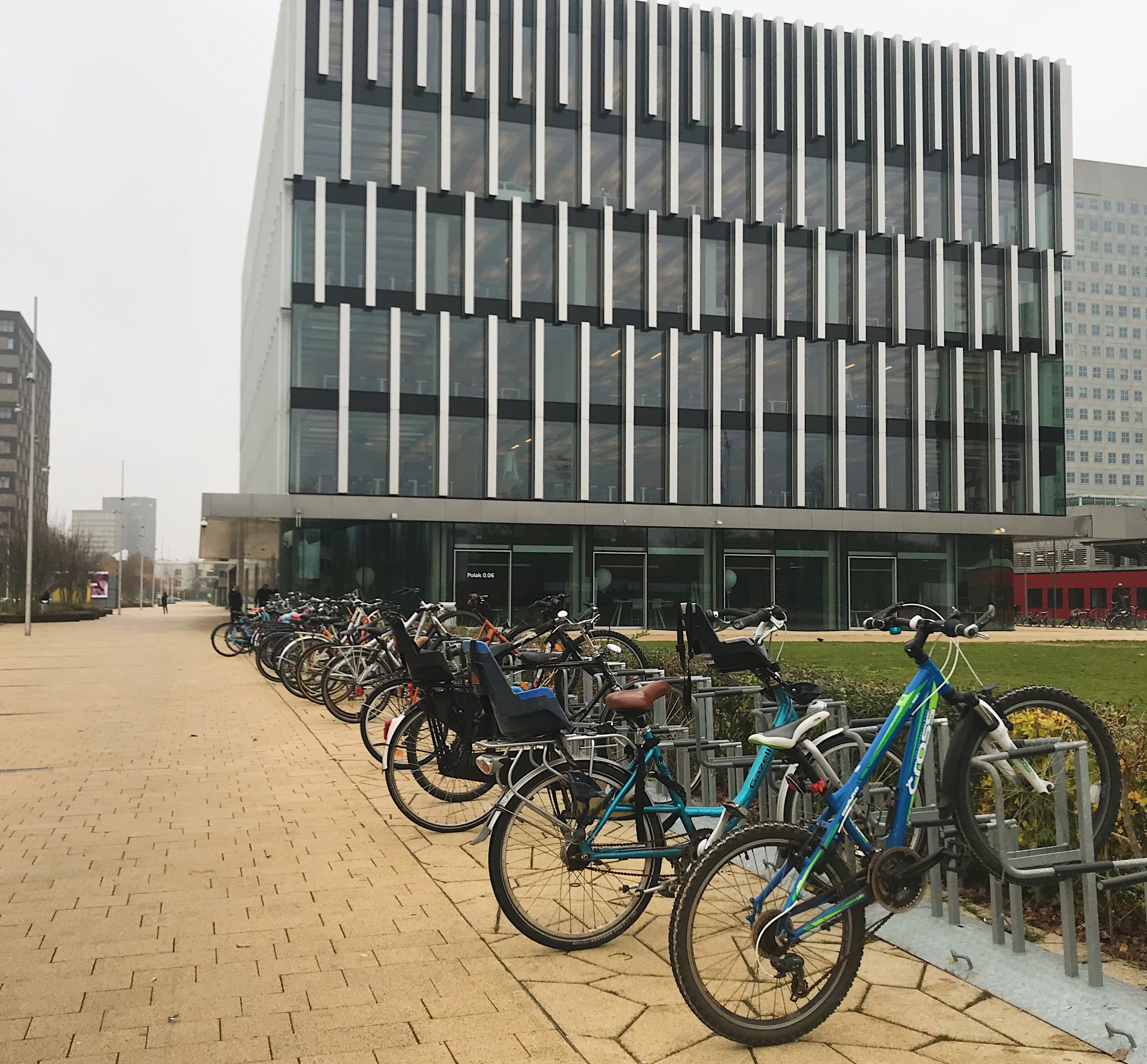 One of the first things that come to your mind when you think about the Netherlands are bicycles. All of the tourist guides represent the country as the land of tulips, cheese and, of course, cyclists. And, they do not exaggerate. Each self-respecting Dutch person has a bike and has cycled from a very young age.

Arriving at one of the Dutch cities you will surely see a big bike-parking or at least a huge number of bicycles chained to the fence (some do not bother themselves finding a proper place to park their vehicles). Maybe you could even hear the saying that when a Dutchman moves from one living place to another, he can carry the whole amount of home utensils by bike. Well, I guess, it is not far from the truth. Bikes are as much a part of the Dutch culture as shipping is. But what are the roots of this phenomena? How did this vehicle appear and become the most popular one in the Netherlands? Let’s figure it out. 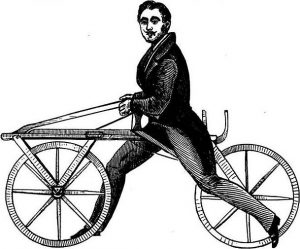 The first ancestor of the modern bike was invented in Germany by Baron Karl von Drais in 1817. It was called Laufmachine (running machine) and was made of wood. Laufmashine had no pedals so the rider had to propel it by his feet. 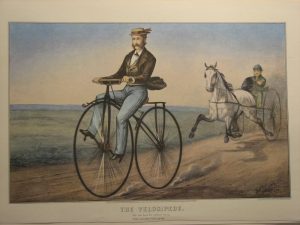 In 1860s Velocipede was introduced by Michaux et Cie. This vehicle had already had pedals and cranks. However, it was very   uncomfortable to cycle on because pedals were mounted on the front wheel. Moreover, while cycling to cobblestone streets, the bike with an iron frame and metal tires shook awfully – giving it the nickname “Boneshaker” 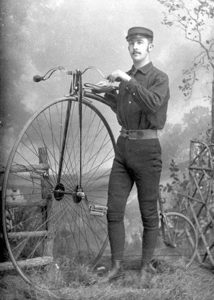 In the 1870s a Penny-farthing bicycle (named after 2 coins) was introduced. That one you have surely seen in movies representing the good old times when men in suits and hats were cycling on bicycles with large front wheels. The inventors of this vehicle – Eugene Meyer and James Starley – however, hadn’t made the bike safe enough to ride.

Only in 1885 a “safety bike” – which looked like modern ones- was invented by an Englishman John Kemp Starley. Its name was Rover; it had a steerable front wheel, equal-sized wheels and a chain drive on the rear wheel. It was convenient to cycle even for women who finally got their chance to use bikes in their everyday life. In 1920, kids eventually gained the opportunity to cycle as well. The production of bikes over time tended towards lighter, faster and more fashionable complexion of vehicles with a bigger number of gears. So now we have an impressive diversity of bicycles to choose from.

Returning to the Netherlands, before the World War II, there was a perfect cycle infrastructure. Actually, the number of bikes exceeded the number of cars. But it all changed after the war. Dutchmen had to rebuild the country, economy rose and people became wealthier. From that time on they could afford more cars. In the 1960s a lot of buildings were deconstructed to give more space for roads as the traffic significantly increased. City squares were rebuilt into car parks. Cycling was losing its ground. Because of the car overload, the traffic became intensive.

People could not handle these road conditions, thus a huge number of car crashes happened at that time. A lot of children died in such incidents. People became aware of the threat and started protesting against cars, for a safer place to live in and raise their children.

In 1973 an oil crisis hit the country which actually added fuel to a fire. The economy in the Netherlands was catastrophically undermined. The life changed crucially – now people have to reduce the consumption of energy in order to save the quality of life on a stable level. That is why they went back to cycling. With the help of the government, the transport policy was changed: there were no cars allowed in the centers of the cities, government financed the creation of cycle roots, space for pedestrians and bike riders were widened. The Netherlands became a much safer space for children. The new policy eventually helped to reduce air pollution. And by this time around 13.5 million people are cycling on their 22.3 bikes across the country.

The bike obsession introduced the new rules to people’s behaviour and changed their attitude to life. For instance, there is an unwritten traffic rule – no matter under which circumstances the incident occurred, the cyclist is always right! Another extraordinary issue is that the bicycle is not an indicator of wealth, it is just the most convenient way of transportation in the Netherlands. You can meet a clerk in an expensive suit with huge wristwatches riding an omafiets on his way to work. By the way, omafiets is the only bike which a Dutchman will buy. So, while choosing the one for yourself, stick to this tip, otherwise everybody will recognize a foreigner in you! What is more, the weather is never a factor for preventing a real Dutchman from cycling. And there is no surprise, one-way tram ticket can cost up to 4 EUR!

As you can see, there can be no socialization in the Netherlands without a bike. So, if you have not got one yet, ASAP go to a second-hand bike-shop and buy an omafiets! Join the cycling culture, enjoy the ride but don’t get too much attached to your bike. Keep in mind that the bicycle industry is a significant deal in the Netherlands, a lot of people are eager to earn from that. They steal others’ bikes and then resell for a smaller price. Well, everybody earns as they can!