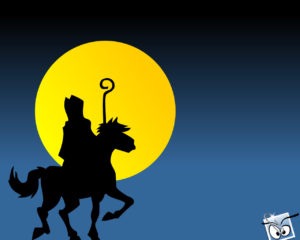 It’s almost the 5th of December again, which means children (well every Dutch person actually) come together to celebrate Sinterklaas! Every year, Sinterklaas (Saint Nicholas), his white horse, called  Amerigo, and his zwarte pieten (his helpers) travel from Spain to the Netherlands on a  big steamboat, which is celebrated with parades all over the country. 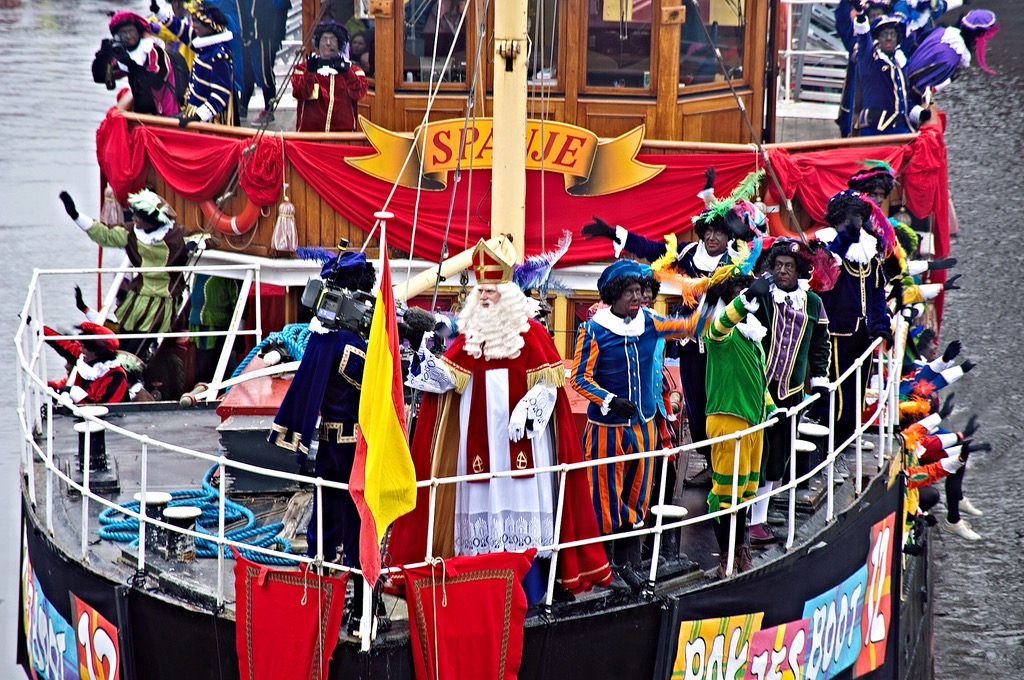 In these parades, Sinterklaas rides his horse Amerigo and waves at the children, while his zwarte pieten perform tricks and hand out candy to the children. The zwarte pieten all have different talents – some ride a unicycle, others do salto’s. But there are also helpers with one particular task, such as the one who takes care of the horse, and another one who looks after Sinterklaas’ big book. In this big red book, the Sint writes down the wishes of every child down and whether the child has been naughty or nice the past year. This determines whether or not the kid will get a lot of presents on pakjesavond, which the evening that we celebrate this Holiday. I think all parents use Sinterklaas as an excuse to trick their kids into behaving well throughout the year, as it is, obviously, not the Saint who brings presents, but the parents.

Each year, a different city is chosen to have the main parade, which is also broadcasted on television. There is even a fictional news program, entirely about what Sinterklaas is experiencing during the weeks leading up to the 5th of December. This is called the Sinterklaasjournaal and is a fun news broadcast for children.

In honor of this holiday, children sing Sinterklaas-songs and leave one shoe in front of the
fireplace, this is called ‘schoentje zetten’ (putting your shoe). The following morning, their shoes are filled with a present and/or candy that the zwarte pieten left for them! The story goes that at night, Sint rides his horse on the roofs of houses and the pieten climb through the chimney, which is also the reason that they get soot all over their faces. Nowadays, people often don’t have a fireplace so the child 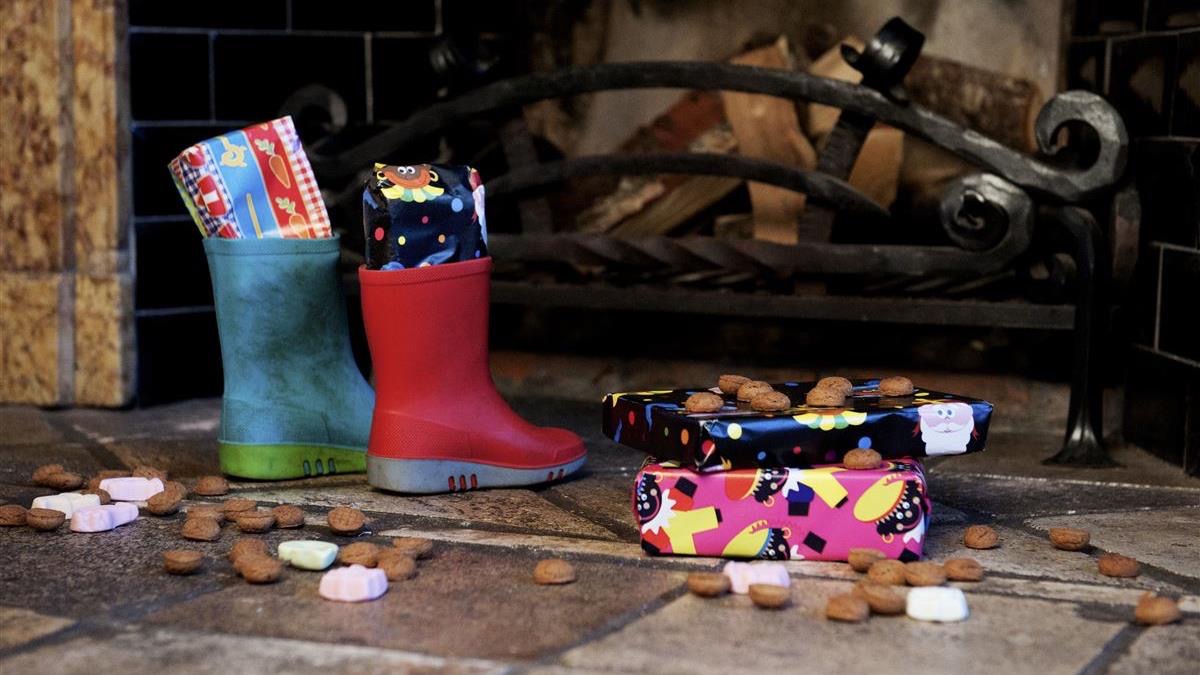 ren place their shoe by the heating, the front-or backdoor, or by a window to make sure the helpers will find it.

Then on the big night, the night of the 5th of December, the children excitedly wait for Zwarte Piet to knock on the door. They can expect a big jute bag (or two) on the doorstep, hopefully filled with presents for the entire family. Most gifts are accompanied by poems, giving a hint as to what the present could be, or simply tell a nice story about the person receiving the gift. Chocolate letters, marzipan, pepernoten and speculaaspoppen are sometimes also wrapped as gifts, but they surely belong to the spectacle. If you don’t know what those Dutch food items are – you should definitely give them a try!

As children grow up, they find out that their parents are really the ones playing Sinterklaas and Zwarte Piet. However, Sinterklaas is often celebrated in families long after their children stopped believing in it.