Let’s admit it, nowadays, being able to navigate through social media is already impressive. It does seem mundane, doesn’t it? Everyone has a smartphone, and/or social media accounts. Everyone gets updated with the latest developments or added features and only a few days later, new innovations would become the norm and people would immediately be hungry for more.

Yet being a technology enthusiast yourself, often in a millennial and gen Z kind of way, doesn’t equal you eagerly venturing into the other sides of technology. Indeed, starting to learn a programming language or technical software requires more resources and efforts than downloading Twitter and creating an account. For many, it also comes with so much intimidation:

–   People I know in tech are so cool, but how am I supposed to do the same thing?

However, these days, when courses, support and resources are just within an arm reach, waiting for your agreement to bring you into the fascinating world of technology, what is stopping you?

Let’s have a chat with Rohan Ghosh, final year IBEB student and head of education at Turing Students Rotterdam (TSR), part of the larger Turing Students network, to figure out together your motivation to take the very first step in your technology journey. Rohan’s role in TSR involves being up to date with the ever-changing landscape of technology, figuring out new innovations and how they can be applied and valued in companies while researching courses that can be the most beneficial to university students and how the association can utilize its resources to host events, classes and workshops most efficiently. He would for sure be labelled as one of the “cool people” we mentioned earlier: “I am an IBEB student so I had little to no exposure to coding, data science, or basically machine-learning data science. So what I did was I self-taught myself.” – definitely sounds intimidating. 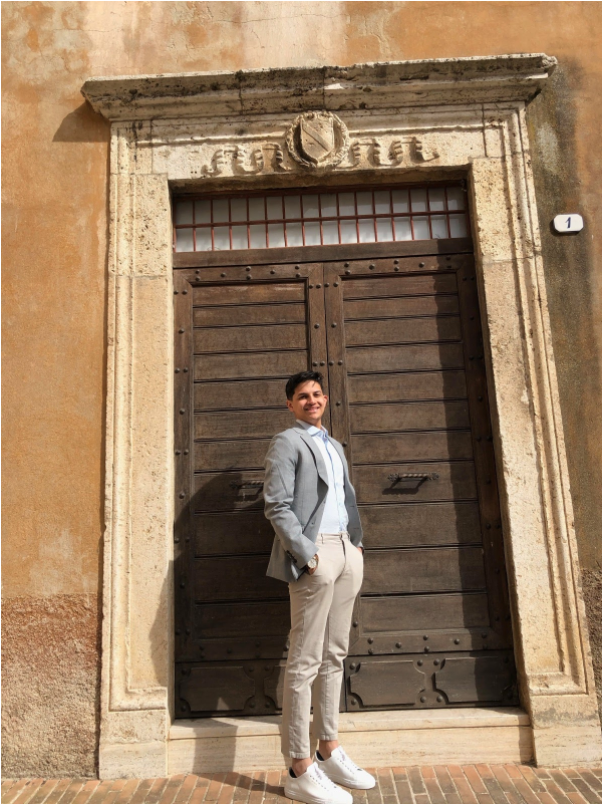 However, that doesn’t mean he doesn’t understand people’s fear, having the chance to meet many beginners in TSR courses and also friends in real life worrying about how technology seems so out there. “It’s really not! Honestly, anyone can do it,” He assured. Because there are so many applications of technology, ranging from programming, data analysis to marketing, graphic design, or even in the latest podcast of TSR, featuring producer and DJ Tim Engelhardt – Tech&Talks, music can also be an option. You can see Rohan choosing the mathematic pathway, but you don’t have to be a math genius just to make your first attempt.

Technology doesn’t have to be an obligation that you dread to shoulder, you can make it fun since there are countless choices. He advised everyone to at least take the first step and see whether it is really made for you. It would be very helpful to have someone to guide you through it, think about student associations or online courses. From his first-hand experience, it makes understanding things way easier.

For those who just started their journey, please do really give it a try before you count yourself out! Not only is it extremely important this day and age to have tech knowledge, but there is also something out there perfect for you. The satisfaction lies at the end, seeing what you have achieved with your hard work at the beginning. Rohan, board member of TSR – a student tech community, didn’t start early with a goal in mind either, but the first project became his life milestone, marking what he wanted to do for his future.

You, scared or not, how about taking the first step together?

And never forget that you always have the support you need here at Erasmus.